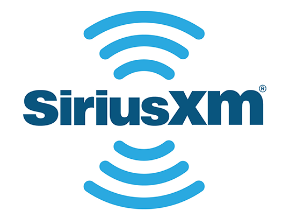 What's this got to do with streaming? Well, many SiriusXM packages include streaming capabilities, not just from a phone, but from streaming devices including the big four -- Roku, Apple TV, Chromecast/Google TV, and Fire TV -- as well as certain other smart TV systems -- LG & Samsung. And, yes, I have it on my Roku device and will listen from time to time. SiriusXM is a streaming option for listening to music.

What brought this up is that I heard one of the station I listen to mention they were moving to another channel. I was listening to 60s on 6, and the said they were moving to channel 73 and changing the name to 60s Gold. The name change makes sense, since they were no longer on channel 6. But there was something else that was a concern to me. I will often listen to channel 74, 40s Junction. Where was it going? Or was it going away? I had questions. I wanted answers.

A look at the SiriusXM Website didn't mention anything. Searching the Internet only turned up one article on Radio & Television Business Report:

The "70s on 7" remains on Channel 7; corresponding decade-specific channels remain on Channels 8-11.

That told me pretty much what I already knew. But the same article did have the answer I was after.

Meanwhile, a flurry of channel shifts are set to occur, as follows:

That was good news for me, as I will get to keep the channel I was worried about.

Channel 70 was open, as The Billy Joel Channel and SiriusXM Live, both of which have recently occupied the channel, are going to online only. Channel 79 was also open. Everything else was a shifting around of channels. I couldn't find out what's going in to 14 and 15, which come open with the moves.

SiriusXM says your radios will automatically follow the channels, and if so, great. If not, well I'll be able to find what I'm looking for. If it becomes too much of a hassle, my subscription is up in November, and I'll remove the channel from my Streaming Life. And my car.

By DBDukes - November 02, 2021
Email ThisBlogThis!Share to TwitterShare to FacebookShare to Pinterest