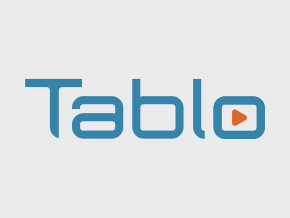 I really like Tablo service. It's a great device that allows me to watch over the air antenna content on my devices on my network. I also have Fire TV Recast set up at my mother's house, as well as Air TV (using the Air TV Anywhere device). Of the three options I have for watching TV via an antenna, I like Tablo the best.

Tablo is my go-to way to watch TV from an antenna. And, since I put up the antenna at my mother's, and I live a couple of miles away, Tablo Connect -- the feature that lets you watch Tablo from a different network -- is the way I'm continuing to use Tablo. 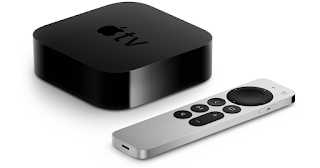 Since Tablo Connect is supported by Fire TV, Chromecast, and Apple TV, but not Roku, I've used other devices. Chromecast would be my preferred alternative, but the Chromecast has other issues I've previously mentioned. And, as I said, Fire TV has its own issues. So what next? Why Apple TV, of course.

I've had an Apple TV longer than I have had Roku. About a week longer. Apple ships faster than Roku. Of course, the old Apple TV devices were far inferior to Roku, but for the last few years, they've been a lot better, and are really good. I just hated the remote that came with the last couple of models, but the new remote is pretty good. And that brings Apple TV up a notch.

I'll be trying it out again. I've looked at Apple TV recently, and was happy with the remote. I already was comfortable and happy with the interface. At the time, I wasn't looking into Tablo Connect. But now I am. And Apple TV gets its turn this week.

By DBDukes - November 07, 2021
Email ThisBlogThis!Share to TwitterShare to FacebookShare to Pinterest