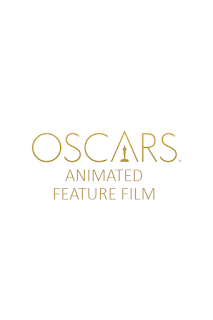 As I complete moving my movie collection from the old Plex server to the new one, I'm moving movies into collections. As part of my library, I decided a while back to get all of the movies that won the Academy Award for Best Picture. I wrote about that recently.

Best Picture winners aren't the only collections I have, though. A couple of decades ago, they added a new category: Best Animated Feature. The resurgence of animated films was the reason for the category. In 1991, for the first time, an animated film was nominated for Best Picture: Beauty and the Beast.

In 2001, the Academy added the new category, with Shrek taking the award.

When I decided to add Best Animated Feature to my library, I already had many of the movies that had won the award, but not all. However, once I made the decision, it was easy to get the ones I didn't have. Well, most of them. Spirited Away, which won in 2002, was hard to find at the time, but can be found easily today. It was the last one I got to complete my collection of that group of Oscar winners. There have been a couple of award ceremonies since then, and I've easily obtained that year's winner, if I didn't already have it.

Most of these movies are ones I've enjoyed. Keep in mind, though, that I have them because they won the Academy Award for Best Animated Feature, not necessarily because I wanted to see them. But, I decided, and have kept with the decision, to get the award winners and watch them. Winning the award does interest me, so I don't mind putting the money into a good film. Of course, as with the Best Picture winners, there are some that I won't like.

Most of them are good films, and I'll continue to add the Best Animated Feature winners to my library, and my Streaming Life.

By DBDukes - November 21, 2021
Email ThisBlogThis!Share to TwitterShare to FacebookShare to Pinterest