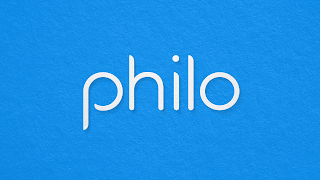 While I don't use a live streaming service year-round, normally getting a service during football season only, I have tried all the major ones. One of my favorites is Philo. It has a good selection of channels, and is one of the lower priced services.

With Philo, there are no sports or news channels, but that's actually a good thing, in my mind. I used to watch a lot of TV news shows, but have since found that I'm happier not watching it. I still read the news, but I don't watch talking heads telling me what to think. If news was treated as news, that's one thing. But we have news being treated like a reality show. So, I don't care to watch it, as I think I get less informed watching news than how I get news today.

So, with news not a priority for a live streaming service, Philo is one of the best. And its getting better.

Philo and GAC Media have agreed to a deal that will make both GAC Family and GAC Living available on Philo. GAC Family has already been carried by the service per an agreement with Discovery, but now, users will have access to the additional programming of GAC Living just in time for the holiday season. GAC Living is set to launch on Philo in early December.

This is a good thing. Of course, depending on what you want to watch, Frndly.TV may be a cheaper option than Philo. But, if the other content from Phil0 is worth it, then it's something you'll want to add.

At $25/month, Philo is a bargain, especially compared to the prices of the other services that carry it. Sling Blue plus Heartland Extra is $42/month. Hulu+Live TV with the Entertainment Add-on runs $73. Fubo with Fubo Extra is also $73.

While Frndly.TV is the cheapest way to get GAC Living, if you want a bit more, then Philo's new deal with GAC makes it an excellent choice to add GAC Living to your Streaming Life.

By DBDukes - November 18, 2021
Email ThisBlogThis!Share to TwitterShare to FacebookShare to Pinterest