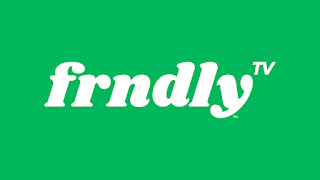 Last week, Frndly.TV announced that they would be adding two more channels to their lineup. GAC Family and GAC Living join the lineup today.

Frndly TV, the leading affordable live TV provider for the whole family, and GAC Media, home to GAC Family and GAC Living, today announced an agreement which makes both networks available to all Frndly TV subscribers. GAC Family and GAC Living will debut on Frndly TV on Tuesday, October 19 increasing the service’s offering to 23 channels, with nine channels in total having been added since February 2021.

If you aren't sure what those channels are, you probably know them by their old names: Great American County and Ride TV.

If you are looking for a good source of family oriented programming, Frndly.TV is a bargain at $6/month. For HD and DVR capability, the $8 is required. There is also a $10/month plan that has more concurrent streams and longer DVR retention. Whichever plan you pick, I think you'll like including Frndly.TV in your Streaming Life.

By DBDukes - October 19, 2021
Email ThisBlogThis!Share to TwitterShare to FacebookShare to Pinterest