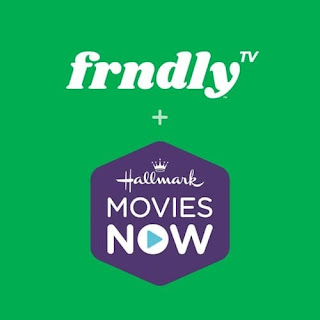 I've been a fan of Frndly.TV for a while. I used to subscribe to Feeln, later Hallmark Movies Now, when that was the only streaming way to get Hallmark Channel content. I dropped the service when Frndly.TV came along because the live streaming was more in line with what other family members wanted. It also has more current content, while Hallmark Movies Now/Feeln had older content.

I actually had both for a while, because I subscribed to Hallmark Movies Now on the yearly plan, so when I tried Frndly.TV, I wasn't sure if I wanted it. I did. So, when Hallmark Movies Now reached the end of that year's subscription, I canceled it. I thought about keeping it, since it was different content, though of the same type.

Well, now if I want to get Hallmark Movies Now, it's available as an add-on to Frndly.TV:

“We are pleased to make Hallmark Movies Now an option for all of our customers just in time for the Holiday season,” said Michael McKenna, Chief Programming Officer of Frndly TV.  “Those customers that want even more Hallmark on-demand content can elect to purchase the add-on service, while we still keep our current affordable price structure in place for everyone.”

If you already subscribe to Frndly.TV and to Hallmark Movies Now, why would you care? You probably wouldn't. Unless the idea of combining the services into a single app makes you happy.

I currently don't subscribe to Frndly.TV. It was trimmed during my most recent review of subscription services, but I will probably subscribe during Christmas season. And, the thought of expanding the catalog with classic Hallmark movies and other content, is one I like.

Perhaps this winter, Frndly.TV, and Hallmark Movies Now, will return to be a part of my Streaming Life.

By DBDukes - October 03, 2021
Email ThisBlogThis!Share to TwitterShare to FacebookShare to Pinterest