Watching the World Series as a streamer 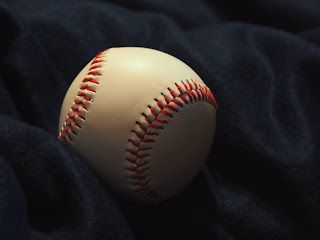 The Fall Classic, the World Series, began last night, and for the third time in five years, two National League teams are playing for the title.

So, how does a streamer watch the World Series? There are a couple of ways.

Okay, this isn't really answering the question, but this is a viable option. Watching a big game at a sports bar may be the perfect way for you. If so, that's a great option. Just make sure someone is capable of driving safely afterwards. But, what about from home. How do you watch the World Series at home?

If you live close enough to a Fox affiliate, you can pick up the game via an antenna. I have an antenna and am able to watch the games that way. But what other options?

There are several live streaming services that carry Fox local broadcasts. They will run from $55/month to $70/month.:

Note: Vidgo is not commonly listed in most online Websites that mention watching local channels. However, it is available in my area, whereas Sling TV doesn't carry the Fox local affiliate here. Do your research before picking Vidgo, in the event you are in an area where the local Fox affiliate isn't available.

And that's it. If you want to include the World Series in your Streaming Life, you have options.

By DBDukes - October 27, 2021
Email ThisBlogThis!Share to TwitterShare to FacebookShare to Pinterest