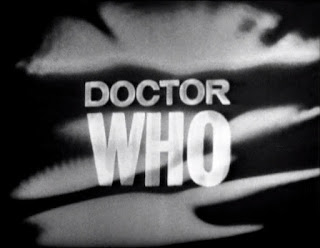 I remember watching Doctor Who episodes when they used to air on PBS back in the ... whenever it was, it was a long time ago.

I never saw any William Hartnell or Patrick Troughton episodes, I can't say that I saw Jon Pertwee episodes, but something about him as The Doctor seemed familiar when I watched them later. I did watch some Tom Baker episodes, and some Peter Davison episodes. I remember Colin Baker, but not his outfit, so I'm thinking I saw the regeneration from Davison to Baker. I don't remember seeing Sylvester McCoy episodes on PBS.

Years later, my sister had started watching the revival of the show, and suggested that I would like it. I thought I'd give it a try, and researched it, finding out it wasn't really a reboot, but a continuation of the original series. At least, it recognized the original series was canon. David Tennant, who was the current Doctor when she made the suggestion, was the 10th Doctor, not the 2nd. So the old shows counted.

Now, a little thing about me. I won't pick up in the middle. I'll go back to the beginning. So, I decided if I would watch the new series, I'd start with the old series. I mean, how many episodes could there be?

A lot. That's the answer, There were a lot of old episodes. 26 seasons, in fact, averaging over 25 episodes per season. 694 episodes and a 2-hour special. So, what was I to do? Get busy, that's what.

I went about watching the old shows. That's when I found out they didn't all exist. Over 100 episodes were missing. So, I started watching the ones I could, starting at the beginning. And here's the thing. I liked it. I really liked it.

Yes, it was different. Production values were limited. But it had a charm. So I as I began finding the shows online, I discovered there were reconstructions of the missing episodes. All of the audio of the missing shows existed -- lots of different reasons for some, but enough that everything was there in audio format -- and some people had started a project (Loose Cannon) where they used clips and promotional pictures to storyboard the audios. The episodes existed to a degree. So, I was able to fill in the gaps. I enjoyed the show.

Originally, they were imported into iTunes -- well, the ones that weren't iTunes purchases, at least; iTunes purchases were already there -- and I watched them that way. When I decided to convert my library to Plex, I started converting the Doctor Who episodes, but waited until last to do those. There were so many, and I did everything else first, since there were not nearly as many.

I never did finish that project. I got into Jon Pertwee's episodes, but didn't make it to Tom Baker. Until recently, that is.

Since I set up the new Plex server, I moved all of the episodes from the old Plex server over. Then, I decided to the rest of Doctor Who classic episodes. And that's my current project. I found out I had prepped many of the episodes to move into Plex but never did, so this won't be quite as daunting. Plus, the later seasons didn't have as many episodes. Through the first 10 seasons, there were 351 episodes. That's over half of the episodes, with less than 40% of the seasons. The next 10 seasons should go a lot quicker than the first 10.

I will say Plex and the agents that look up metadata have done well in the fist 10 seasons, so this will be a lot easier moving into Plex than it was putting into iTunes.

I'm looking forward to having classic Doctor Who episodes once again becoming a part of my Streaming Life.

By DBDukes - October 28, 2021
Email ThisBlogThis!Share to TwitterShare to FacebookShare to Pinterest