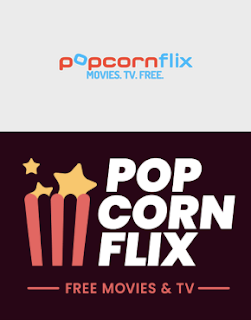 Sometime around the first year or two of my Streaming Life, in 2011 or 2013, I found an app called Popcornflix. It was one of the first ad-supported streaming services I saw. It and Crackle were among the first streaming services that were not part of the mainstream. Prior to my using finding those apps, most of my streaming consisted of Hulu Plus (as it was known then), Netflix, and Amazon Prime (the old name of Prime Video).

I don't have to explain those mainstream apps, of course, but I will anyway. Netflix was, well, Netflix. Hulu Plus was for current TV season content, or at least what was available from the service; it was only broadcast network content. Amazon Prime video app was mainly for watching content I purchased from Amazon, which was mostly current TV series that weren't on Hulu Plus.

Then, I discovered Crackle and Popcornflix around the same time. They has a few titles I knew about, but most of what those apps carried was stuff I had never heard of. Still, I was intrigued and watched content from the two services from time to time. Sony eventually bought Crackle and spruced it up quite a bit. They even changed the name to Sony Crackle.

Popcornflix continued doing what it did, and was eventually bought up by Chicken Soup for the Soul Entertainment. It was always what you expected. Mostly movies you never heard of, with a few gems in the mix.

Chicken Soup for the Soul has acquired Crackle (as it's known again) in the last couple of years, and now those two apps I discovered around the same time are now sibling services. Crackle is still  offering more name content than Popcornflix, but it has that feature that showed up during Sony's time: playing content in the background. I hate that.

Popcornflix has made some changes. I read that in passing this week -- I don't remember where -- and decided to check it out. The interface has changed a bit. They've made it a more modern looking interface, but the content is still the same kind of content.

Popcornflix has some movies you're heard of (he Sum of All Fears, The Naked Gun, In Too Deep) and some TV shows you have heard of (The Saint, The Greatest American Hero, Thunderbirds). And then there is the content would expect (Atlantic Rim, Mega Piranha, The Big Bird Cage). The good are good but not great, and the bad are loveably bad.

The interface has changed, but it works well, Well, mostly well. There is one consistent issue on Roku: the row beneath the banner content will overlap on a return from inside a selection, but it's easy enough to get out of it. Still, that bug is annoying. The bug isn't on the Android/Google TV version of the app. For the record, that's a coding issue, not a device issue, since the different operating systems of Roku and Android mean the apps are coded differently. Otherwise the interface works well.

What I can say about the app is: it's Popcornflix. It has what you'd expect, and some of the content is better than you might expect. It's ad supported and it's free. It's worth a shot. It's not the first app I look for, and probably won't be the first one you go for, but it is worth giving a look. It may become a regular part of your Streaming Life.

By DBDukes - October 30, 2021
Email ThisBlogThis!Share to TwitterShare to FacebookShare to Pinterest