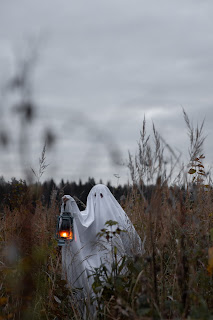 I think I'm a fan of horror movies. The reason I say "I think" rather than "I am" is that different people have different ideas of what a horror movie is. To me, many movies that are called horror movies are simply gore fests. Yes, that's horrible, but is it a true horror movie? It depends on what you think.

Maybe I'm a fan of some types of horror films. Even then, it's not all that clear. For example, I really like the movie "The Thing" by John Carpenter. Is it a science fiction movie or a horror movie? Yes. Yes it is.

It crosses genre. The 1951 Christian Nyby/Howard Hawks film "The Thing from Another World," also based on the John W. Campbell story "Who Goes There?" is more science fiction than horror. Carpenter's is more horror than science fiction.

If the fact that I've mentioned moves that are older makes you think that I like older films, you'd be right. But I do like some horror films that are even older. Yes, I'm talking "Dracula" starring Bela Lugosi, "Frankenstein" with Boris Karloff as the Monster, "The Mummy" with Karloff, and others from that era. Let's go back even longer and throw in the F. W. Murnau film "Nosferatu" and the Lon Chaney film "Phantom of the Opera" for good measure.

If you like classic horror films, like I do, then you'll be happy to know that many of them are available for streaming during this month, the month that ends with Hallowe'en.

Of course we can't forget "Halloween" (1978) which is free on Redbox and The Roku Channel.

Some classics that are not free include:

These can all be rented or purchased.

Of course, this just scratches the surface of available horror movies. I focused on the ones I like, but left off several that aren't available for streaming.

If you're a fan of horror movies, perhaps this list will help. Or you can always search your favorite streaming services, or streaming platform, and find the movies you want that are available. Maybe some of yours will be free. Free is good. I like to have more free stuff in my Streaming Life.