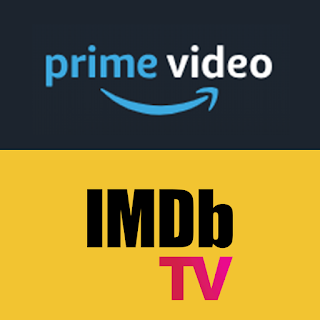 There have been some news stories the last couple of days saying that Amazon's IMDB and, more importantly, Prime Video, could be leaving the Roku platform soon. I'm not saying it won't happen, but I'm skeptical.

While there are several Websites reporting the news, they all cite the same source, an article in The Information. According to that article, Roku is, as with Google, refusing to share user data:

One likely battlefront in the coming negotiations will be access to viewing data. During last year’s discussions between Amazon and Roku, Amazon pushed for detailed viewing data about what Roku subscribers watch across all apps, according to people familiar with the talks. If Amazon got such data, it could match that information with what it knows about customer purchases on its site and figure out who buys goods on Amazon after seeing ads on the Roku platform, the people said.

Roku refused Amazon’s request for this data, although the smaller company caved on other issues, such as accepting Amazon’s refusal to share some of IMDb’s ad inventory. Roku does not want to share granular viewing data because doing so would give Amazon’s ad sales an edge over Roku’s, said one of the people familiar with the situation.

Some are saying that Roku is getting into all these disputes, therefore it's Roku that's the problem. But in each case, it's user data that Roku isn't wanting to give up that is the biggest sticking point.

So, perhaps Roku will lose the platforms. If so, I'm glad they're taking a stand. But then again, I'm not suffering a big impact from the disputes.

I don't subscribe to YouTube TV, so the Roku-Google fight isn't a big deal. I don't usually watch Amazon Prime Video, so if this happens, I wouldn't even notice.

Of course, I'm not the typical viewer when it comes to those services. YouTube TV is a massively popular service, as is Prime Video. So, yeah, I get it. A lot of people would cate. So, it's easy for me to come down on Roku's side.

I think Roku's stance is correct insofar as refusing to share user data. I just hope it doesn't hurt the company too bad. I'd hate to lose Roku from my Streaming Life.

By DBDukes - October 31, 2021
Email ThisBlogThis!Share to TwitterShare to FacebookShare to Pinterest