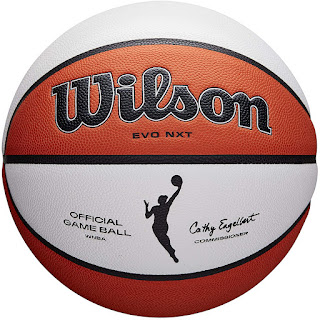 I've not been watching the WNBA finals. I don't follow the sport. That's causing me to kick myself because of my bad timing. You see, even though I don't follow the sport, I should be posting how to watch the games for those who are fans of the sport. I've done this for some racing events, golf, and other sports I don't watch. So, why not the WNBA? Exactly. Why not? I should have. I totally missed that the finals were underway.

The series between Chicago and Phoenix is tied at one game apiece. It's a best of five series, so there are at least two more games, possibly three.

Game 3 is tonight on ESPN2.

Game 4 is Sunday afternoon on ESPN.

If a Game 5 is required, it will be Tuesday night on ESPN2.

So, for fans of the game, how do you watch without cable? You need a live streaming service that carries ESPN.

Of the eight major cable alternatives, Philo and Frndly.TV won't do, as they don't carry sports. But the other six do offer ESPN in their package.

Some people think that ESPN+ gets you ESPN content. It gets you some, but it's mostly a supplement to ESPN, although ESPN isn't required to get ESPN+. However, it won't do you any good for watching WNBA games, since those are on the two big channels, ESPN and ESPN2. I say this a lot, but a lot of people still don't get it: ESPN+ subscription does not get you the standard ESPN service.

All of the services listed above will get you ESPN and ESPN2. They will also get you a lot more than those channels, so if you want a live streaming service, you may want to consider that. Or not.

While some services offer a free trial, not alldo:

If want some some WNBA action in your Streaming Life, any of these services will fill the bill.

By DBDukes - October 15, 2021
Email ThisBlogThis!Share to TwitterShare to FacebookShare to Pinterest