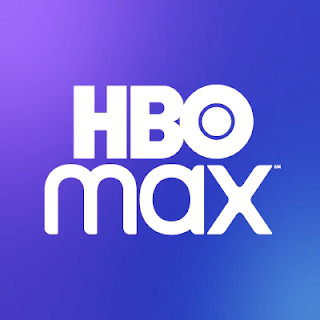 I've mentioned many times that I dropped cable in 2011. And that's true. It's also not exactly completely true.

I still considered myself a cord cutter, because I did drop cable, but I wasn't going to pay more money just to say I was a cord cutter. I didn't watch cable, I just had the service.

Well, that's not completely true. I had a TiVo device with lifetime subscription from years prior. And, to complete the process of securing the special price to have Internet with local cable, I had to have a device that picked up cable. They wanted to hook me up with a cable box, but instead, I had them give me an M-Card to put in the TiVo, and I set it up. So I could use it if I wanted. And, sometimes I did watch some local news or other stuff, but most of the time I didn't.

I'd do this until the special ended, and it was cheaper to have just Internet rather than Internet and local cable. Then, of course, I'd drop local channels and go back to Internet only.

One time, though, they had a really special deal. I got Internet, local cable, and HBO for a lower price than Internet alone. Yeah, surprised me too.

During that time, I did try HBO. Now, I had subscribed to HBO or to Showtime in years past, many years past, but hadn't watched it in years. I did get the chance to watch some of the shows using the HBO GO app, since it let me authenticate. I didn't watch a lot, but did watch Westworld and Silicon Valley. And I did watch some movies.

Maybe I watched and liked HBO more than I realized.

Which brings me to the topic for now: HBO Max.

I never subscribed to HBO Now, which was the standalone HBO service. I only had HBO when it was part of a TV package that was cheaper than Internet alone. But then, HBO Max came about. It was a much better deal than HBO alone. It included the HBO library, and a lot more. But like HBO Go and HBO Now, it doesn't have live HBO.

Recently, I cut back on many of the services I use. I don't do live streaming (except during football season) so I'm very used to on-demand. I cut everything except Amazon Prime, which I keep for reasons apart from Prime Video. and PBS Passport. I did that by reviewing the services I had. What I didn't do is look at services I didn't have.

I'm not wanting to spend a bunch of money, or any money, on another service. However, if I were to spend money on a service, I think it would be HBO Max. And, in fact, I will.

My plan is to subscribe and give it a shot for a month. Maybe two. If I really like it, at least two.

I have some preconceptions about the service, since I've subscribed to HBO Go in the past. I think I'll like it. True, I didn't think enough of the HBO catalog to subscribe to HBO Now in the past, but HBO Max has more than that. Maybe even enough for me to keep a subscription.

By DBDukes - October 05, 2021
Email ThisBlogThis!Share to TwitterShare to FacebookShare to Pinterest