Why did I cancel? I wasn't really watching it. I only used it during college football season, and when the season was done, I canceled. Actually, when I first subscribed, it was early in the year, I did a month, just to see what it was all about, then I canceled, then I signed up again when football season started. After the season, I canceled again.

Ever since then, I would subscribe during football season and cancel after the season. But, Sling TV wasn't the only service I would use. Other services would offer specials that were a better price than Sling TV, and I'd try them. Then, when the special was over, rather than pay the higher price, I would go back to Sling TV to finish the season. Right now, in fact, I'm not subscribed to Sling TV. I have Fubu TV because I wanted to try it, then when the month was done, they offered me a great price to keep me from canceling. So, I'm keeping Fubu TV for another month. I probably won't keep them longer, because, as I've said, I only want a live TV streaming service to watch football. Fubo is great for that. For me, though, Sling TV will do the job just fine.

Now, I know you're wondering where I'm going with this. "Sling TV Free?" What's that about? If I can get Sling TV Free, why would I pay for another service?

Well, Sling TV Free isn't all of Sling TV. The service does offer some live streaming free, along with some on-demand content. It's not gonna be the same stuff you get with the Orange or Blue package. Well, you actually do get all of this with Orange and/or Blue. This is stuff you get just by having the app, regardless of if you have a subscription or not. 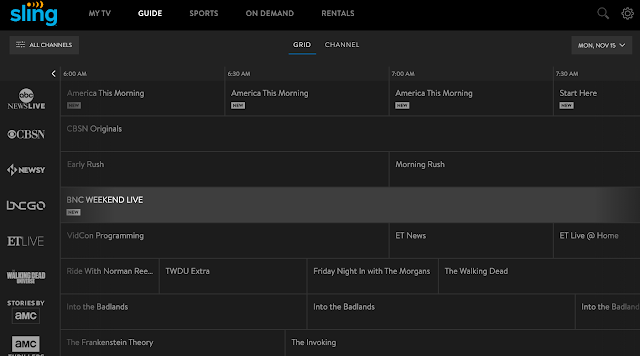 You get some news channels, some entertainment content, even some sports, but not the big cable channels. For example, the news channels include ABC News Live, CBSN (CBS News), Newsy, and such. It does not include CNN, MSNBC, or Fox News, and that's probably a good thing, to tell you the truth.

You also get on-demand content, to include TV shows and movies. Again, not the same as Hulu or Netflix, but still a selection of content. 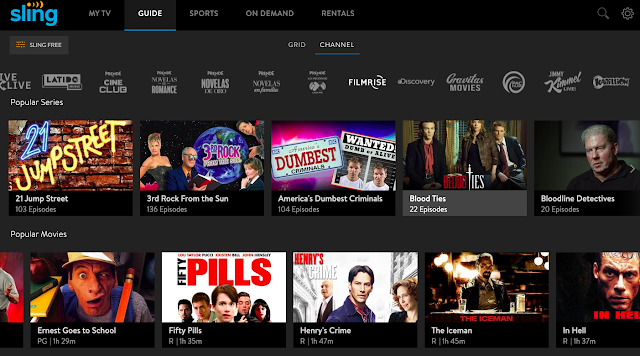 Did I mention that Sling TV Free is free? Because that's a good price.

Even if I were to subscribe to another live TV streaming service -- and right now, I do -- I would keep Sling TV app on my streaming device. It still has free content, and some of it is certainly worth watching. I suspect you will be able to find something you would enjoy watching.

Now, be aware that every time you launch the app, it asks you to subscribe (or, in my case, resubscribe). But, there is a "Skip, Watch Free Content" button down at the bottom. I use that.

With Air TV, and without a Sling TV subscription, you just watch the free content, and that includes your antenna content. So, at the locations with an antenna, the Sling TV app is how I can watch local channels via Air TV.

If you have an antenna, or are thinking about putting one up, getting an Air TV device and using the Sling TV app is a great option. But the Sling TV app by itself, without Air TV, is a good option for free content.

If you want to have free content, this is one way to go. Or an additional way to go, along with whatever other apps you use. It's certainly a part of my Streaming Life.

By DBDukes - November 15, 2021
Email ThisBlogThis!Share to TwitterShare to FacebookShare to Pinterest