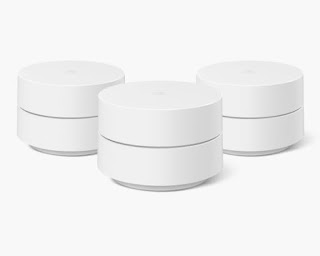 I've spoken before about how I solved my network issues. Essentially, I tried several things, but ended up getting a mesh network setup. It wasn't cheap, but it worked.

Now, there are all kinds of things you can do to try to resolve any network issues you have. The worst solution is to let your ISP talk you into a faster Internet speed. Doing that will speed up your Internet speed, but it won't do diddly squat about network connectivity.

To be sure, I'm not saying your ISP would be trying to scam you. There are instances where a slow connection is the issue, not a weak network connection, but that's usually not the case. Even is your network connection shows as good, and the performance is bad, it could be a device on your network interfering with other devices. Or, it could even be a device that's on a totally different network interfering, if that other network is on the same channel.

You can tweak your network settings and resolve some of this. Or, you can get network equipment that deals with this automatically.

Extending your network can also help, but that can be hit and miss.

As I mentioned in an earlier post, I tried all of that. What I finally did was bit the bullet and get a mesh network. I've not had a lick of trouble since then.

So, if you want to do something about network issues, it may be less work, but more money, to replace your setup with all new network equipment. Yeah, like I said, that will cost more. But this is the time where everybody is putting stuff on sale.

I have a Google WiFi system -- it's now discontinued and has been replaced by Google Nest equipment -- but any good mesh network system would probably be an improvement. If you've done all the tweaking and extenders and all the other stuff, like I did, and still aren't happy, like I wasn't, take advantage of these sale prices and get a good network.

I've not have to do any tweaks of any kind in the years I've had mine. My Streaming Life is much simpler with a good network, and yours can be too.