The Roku Channel on Fire TV

I mentioned in the last few weeks that I was doing a more serious testing of The Roku Channel and, separately, Amazon Fire TV, specifically a Fire TV Stick 4K. And while those are totally separate things, at least when I decided to check them out in greater detail, they also co-exist.

There is an app for The Roku Channel that is available for Fire TV. And, when I set up my Fire TV Stick 4K for use, I installed my most-used apps on the device. That included The Roku Channel, since that was a focus.

So, what's the difference between The Roku Channel on Fire TV and on Roku? The only big difference I've seen relates to premium or add-on channels.

On a Roku device, you can subscribe to services through The Roku Channel. There is a row for Premium Subscriptions on Roku. 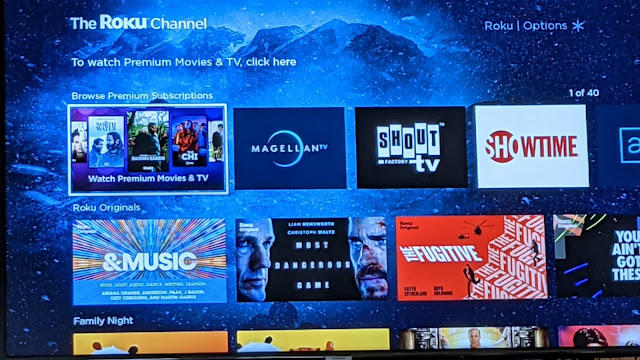 This is not the case on Fire TV, or any non-Roku platform. If you want Roku Premium Channels, you must be on a Roku device. Being in The Roku Channel isn't enough.

There is one thing that I like though -- I think -- and that's that it appears to do a better job of keeping up with the "Continue Watching" section. Checking two separate Roku devices -- a Streambar and a Streaming Stick+ -- I find that it keeps up with movies or TV shows I watch, but not content in the Live TV section. 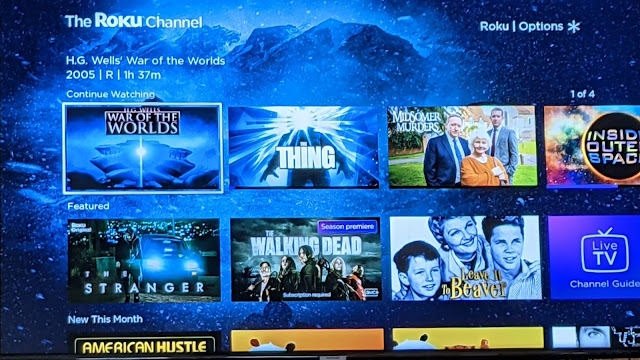 However, for the Fire TV device, it kept up with content played through Live TV on the Continue Watching section. 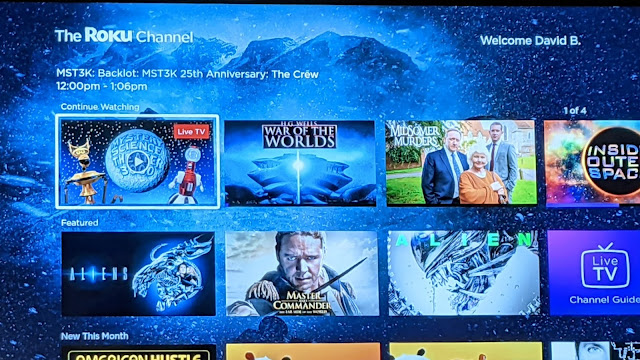 It does seem to be device related, and I'll talk more about that another time. For now, the Fire TV seems to include Live TV in the Continue Watching section, while the native Roku device doesn't. So, score that for Fire TV.

All of the non-premium content of The Roku Channel is included in the Fire TV app. Well, at least that I could tell. I didn't find any other missing content.

The apps work pretty much the same, apart from that. If you're a fan of The Roku Channel, and have a Fire TV device, adding the app gives you the content.