Waiting on the Sling TV update

Sling TV has released an update to their app. It's rolled out on Fire TV devices, and some Roku devices. I have it on my Ultra, but no on other Roku devices. So, I'm waiting on the Sling TV update to come to the rest of my Roku devices.

I have a Firestick -- remember, I got a new one recently that I'm trying out -- on the same TV as a Roku that doesn't have the update. That means I can actually compare the interfaces on the same TV. I need three remotes to do that properly, but I am able to use the old and the new Sling TV interfaces from the same chair.

The interfaces are very different. Well, the home page is different. I may actually like it better than the old one. Here's the new one: 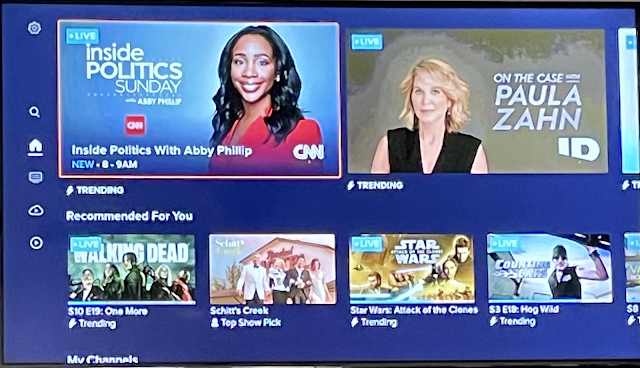 And here's the old one: 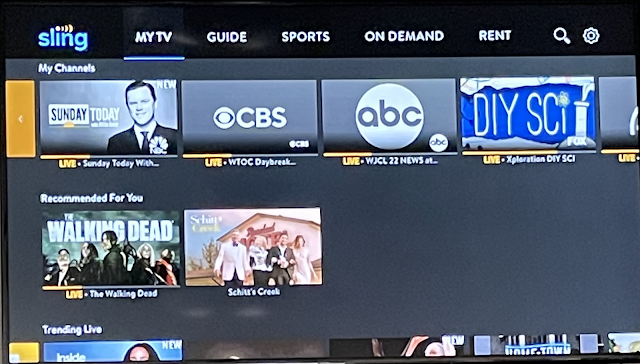 The grid is pretty much the same. It's a grid. You can't do much with a grid. But they did make a change. Here's the old grid: 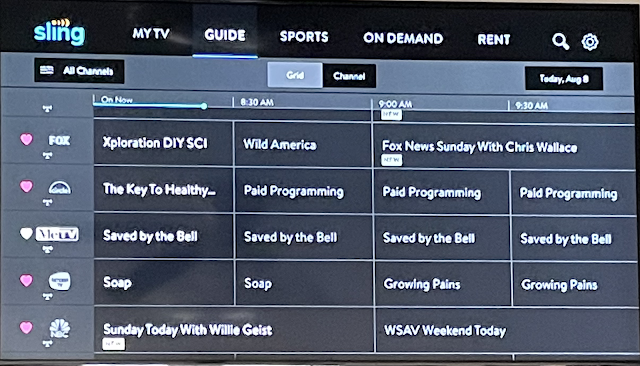 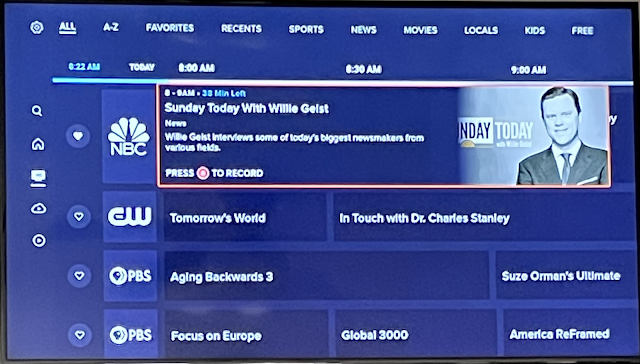 The smaller text means fewer channels can display on screen at any one time. Okay, one fewer channel. But still...

Also, while they are keeping the orange or blue dots associated with the service on which the channel is available, they did forego the designator for the OTA channels. They have no indicator, and look the same as the regular free Sling TV content items.

Overall, I do like the new interface. I haven't given it extensive use, but my first impression is good. I'm ready for it to come to all of my Roku devices. I could get used to it as part fo my Streaming Life.

By DBDukes - August 09, 2021
Email ThisBlogThis!Share to TwitterShare to FacebookShare to Pinterest