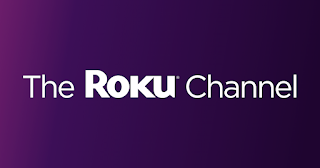 I've seen many sing the praises of The Roku Channel since the service first launched in 2017. I've not really bought into it, because nothing stood out to cause me to want to give it a try. Well, recently, I decided I would give it a try.

Well, I've given it a try. And I'll use it some, certainly more than I did, but I won't use it a lot.

Is that a reason to not use the service? No, actually. There are many different apps and services that offer similar content and features as other apps and services. Bringing nothing new to the table isn't a disqualifier in and of itself.  No, what does it for me is how it works; that is, the user experience.

I have a problem with autoplay content. The Roku Channel doesn't do it to the degree that Peacock TV does, but if there is a TV series, it automatically plays the next episode unless I manually intervene. There's no way to turn off Autoplay, or Play Next. I never want Play Next or Autoplay turn on. Never. So, forcing it on me is not a user friendly experience. And if the experience is not user friendly, I won't subject myself to it.

As I said, it's not as bad as other apps/services, such as Peacock TV. But, it does the Play Next thing, and that's a deal breaker for me.

If it offered the capability to turn that off, I would use the app/service more. Really. There is some good content on The Roku Channel, and I will use it on occasion, but not for TV shows. Live streaming? Sure. On-demand movies? Sure. TV Shows? No way, because I don't want Play Next.

Do I recommend The Roku Channel? Well, no I'm not going to recommend something that I don't like. But, I will say that if Play Next doesn't bother you, then there's no downside to The Roku Channel. It won't be a large part of my Streaming Life, but it will be a small part. So there's that.

By DBDukes - August 29, 2021
Email ThisBlogThis!Share to TwitterShare to FacebookShare to Pinterest