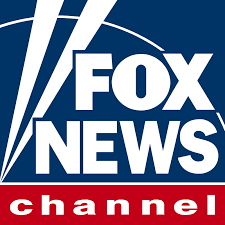 If you subscribe to one of those services, you get Fox News in the streaming package. To watch it, just go to that channel, like you would any other channel.

Fox News also has an app for Roku, Fire TV, Apple TV, Android/Google TV, and other platforms. However, the app requires authentication against a TV provider. That means a cable service, a satellite service, or a streaming service.

There are 582 different services that can be used to subscribe:

There is one thing about the app that bothers me, and I don't really know how to resolve the issue. A lot of Roku users report that they have to constantly authenticate against the service. There are not a lot of reports about this with other news service apps. Perhaps that's because Fox News is the most watched news service, and therefore more are using the app than are using the other services' apps.

There's also another possibility. Many, actually.

One is that the account used to authenticate is being shared. That is, users from different locations are logging in with the same app. Some services don't approve of user account sharing, and when a login form a different IP address is detected, or if a login from a distant IP address is detected, Fox or the provider requires the timeout to be much shorter. In other words, it's an anti-account sharing function.

Another is that the app is poorly coded. All of the major streaming platforms use different operating systems, and the code for one Fox News app won't run on another platform. They have to code a different app to work the same. Poor coding can be the issue.

Another is that the device has a bug in it. This is related to the poorly coded app reason in that the reason for the bug could be software related. Removing and reinstalling the app may fix it. Note that is the device is a Roku, you should remove the app, then reboot the Roku, then reinstall the app. Skipping that second step is common, and wrong.

Another is that the service provider simply requires a shorter timeout. It's not a bug, it's an intentional function.

And then there's the other reason. It's not really happening. You see, all apps that require authentication will time out. This is so that they can confirm that you still subscribe to a service that carries Fox News. This can be monthly. People may have to re-authenticate on a monthly basis, and it just seems like it happens a lot.

It may be that different users are impacted by different reasons. One could be using a "borrowed" account (which isn't allowed). Another could have a service provider with a short timeout. Another could have a corrupt installation requiring a remove/reboot/reinstall. And, another may simply think he's having to re-authenticate more often than the really is. Different reasons all, but they all have the same complaint. That makes it hard to troubleshoot.

I think the primary reason is the coding of the app. The language used to code Roku apps is not as common as the language to code other apps, so the app developers may not be a savvy in regards to that platform.

Most of the issues I've seen relate to cable authentication. And, if what I'm seeing is actually widespread -- it's cable subscribers that have the issue, not live streaming service users -- then cord cutters really don't have the problem.

I don't subscribe to a live streaming service that carries Fox News, or any news for that matter, so I don't have this issue. I'm not a fan of any cable news service. If I wanted to hear idiots yelling at each other, I don't have to turn on Fox News, MSNBC, CNN, or any other news service. I have crazy relatives. I can contact them. But I won't. I'll just not watch those talking head channels, and enjoy my Streaming Life without them.

By DBDukes - August 11, 2021
Email ThisBlogThis!Share to TwitterShare to FacebookShare to Pinterest