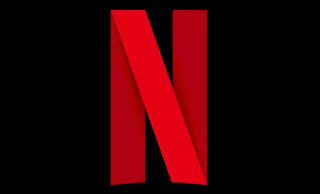 Netflix announced this week that their subscribers grew by 8.3 million in the 4th quarter.

Netflix stock fell 20% in after-hours trading, while shares of its main streaming rival, Walt Disney Co. , were down 3.4%.

It's not so much the increase in subscribers, but that the increase isn't enough to satisfy the stock gurus. Netflix revenue went up 16%, to $7.71-billion. That's a lot of money, but not enough for some people. And, their stock fell 20% because of that.

Think about if your income went up 16% in three months, and people were disappointed in you. But, that's how things work in business.

Netflix offers a lot of content that people like. A lot of people like it, and spend over $2-billion/month to do use the service. And that is disappointing investors. So, what'll happen? Probably not much. Well, maybe Netflix will have less original programming. Or more. I don't know. All I know is that it's a valuable part of the Streaming Life of a lot of people. I hope it streamers continue to have good options.

By DBDukes - January 23, 2022
Email ThisBlogThis!Share to TwitterShare to FacebookShare to Pinterest