The cost of Netflix has gone up again. 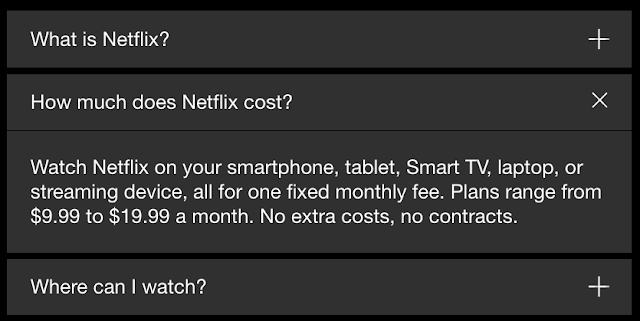 Of course, it's not unexpected that prices will go up, especially with the inflation rate over four times what it was a year ago. While the price of entertainment hasn't gone up as much as the cost of energy, it all adds up. And now, to watch Netflix, it'll cost you around $2/month more, and 11% hike.

Is Netflix worth it? Well, I dropped Netflix several years ago. I have occasionally subscribed, particularly when new Mystery Science Theater 3000 episodes were released, but usually, I don't subscribe. Apart from MST3K, which is gone from Netflix, I'll subscribe about one month every year or two, to catch up on things (Stranger Things) that pique my interest. So, this price increase won't impact me, but I do feel for those that are regular Netflix subscribers.

While Netflix isn't a regular part of my Streaming Life, it may be a part of yours. It's probably worth the extra cost to most people. Netflix is counting on that.

By DBDukes - January 16, 2022
Email ThisBlogThis!Share to TwitterShare to FacebookShare to Pinterest