This is not exactly streaming related, other than it does involve my Plex server. Since Plex functionality allows local videos to be streamed over a local network, or over the Internet to approved users, this does to some degree apply to streaming, albeit specialized.

I have more than one computer set up. If you're running a Plex server, it may be that you would accomplish it by having a dedicated computer for that purpose. If you do, and if you have another desktop computer for regular computer usage, you can run into space issues. That's where a KVM switch comes in. 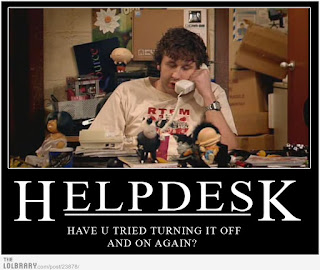 A KVM switch allows connecting multiple computers to a single keyboard (K), video device (V), and mouse (M). If you have two computers, your desktop could be PC 1 and the Plex server could be PC 2. Or, the other way around as it doesn't really matter which you call which. The thing is, you connect a single keyboard, a single video monitor, and a single keyboard to the switch, and two or more computers to the switch. Switching to your desktop computer allows you to interact with it while your Plex (or whatever purpose) computer continues to operate. When you want back on it, just switch to that device.

All this sounds great, if it works. Mine had a problem.

When I got my new Plex server last year, I also bought a new, larger video monitor. I really like it. And that's where the problem began.

When I connected my keyboard, video monitor, and mouse to the KVM switch, and then connected the first computer, I tried it to confirm everything was working. No video signal to the monitor.

Well, that was frustrating. I got a bad switch, right? Well, maybe not.

Prior to getting the switch, I had a keyboard and video monitor for each computer. So, when my new monitor wasn't working, I decided to try my old, smaller monitor. It worked.

That means my KVM switch is good -- probably -- and the issue is the monitor. Yeah, maybe something about the switch is causing the new video monitor to not work, but if so, it's not stopping the old monitor.

So far, that's the only thing wrong with my setup. I don't know what steps to take next. I think more research is in order.

I really would prefer to use the newer video monitor if I can, so I'll be running this down for as long as it takes. I may even try a different switch, just in case it's not the monitor or HDMI cable.

If you want to run a Plex server, and another computer, and save on desk space, a KVM switch is the way to go. As long as it works.