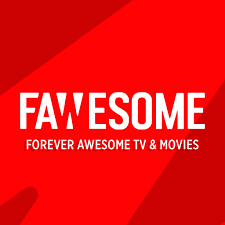 Some weeks back, I took a quick look at the Fawesome app. It's another free streaming app, ad-supported app with some good selections and some bad ones. It's one of several that you can find for different streaming devices, and I said before that it's one I would probably keep and watch from time to time.

Well, I did. And I will still. But I don't want to give the impression that it's an exceptional app. It's not. But it is a good app. By that I mean I have experienced a lot of apps that were not as good. This is better than most of its type.

The quality of the app is fine. The drawbacks are common to these types of apps. The selection of movies isn't great, but it's okay. It's not up to that of Crackle, for instance, but it's okay.

If you haven't noticed, most of the positives I've mentioned are along the line of "I've seen worse." That doesn't seem to speak highly of it, and I suppose that's correct. But, the reality is that there aren't a lot of better apps of this type.

Another thing I don't like is that the app plays the next movie automatically. There's no way to turn that off, and it's one of the things I hate most about apps. I'm okay with autoplay in an app, since some people like it. But I don't like it, and if it's there, I want the ability to turn it off. A lot of apps don't allow that, and I tend to not use those apps as often.

So, after using Fawesome for a bit, I've concluded that I may still use it some, but not often. It's still on my Roku device, and it'll probably be there for a bit. And it'll stay there until I decide to do an app cleanup and decide I haven't used it in a month or more. So, yeah, it's still a part of my Streaming Life, but I'm not sure for how long. Should it be a part of yours? Maybe. I say you should give it a shot. If the things I don't like don't really bother you, then it might be an app you use a lot.

By DBDukes - January 05, 2022
Email ThisBlogThis!Share to TwitterShare to FacebookShare to Pinterest