Would expanded playoffs have made a difference? 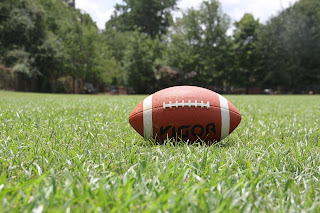 For quite some time, several of my online friends have advocated and expanded college football playoff system. We've not been some Johnny-come-lately about it. We've been clamoring for this online for over a decade and a half. And privately for longer. If you want a refresher of one of our latest calls, there's a post I wrote last month that you can review here.

If that had been how things were done this year, would we have still ended up with Alabama and Georgia playing for the title? Heck, I don't know. And that's the point. The four-team playoff pretty much guaranteed Alabama vs. Georgia.

Had the 16-team format been in place, you would have had:

Or, if you had NFL style seeding, you would have had:

I think either way, Alabama and Georgia make it to the second round. Michigan and Cincinnati would have had an easier time in the first pairing, but the second pairing (the one I prefer) would have had them face tougher opponents. Either way, they could have made it through.

So, with all four of the CFP teams making it through the round of 16, would they have made it further? That depends on which seeding was used. The first has Alabama playing the winner of Mississippi-Oklahoma State. The other seeding would have Alabama playing a lesser opponent. That's not a slap of those two teams, just a reality. Alabama would probably have made it through the second round, putting them in the four-team round.

Georgia would have faced either Ohio State (the other team in the pairing was Utah, and those two actually played in a bowl, with Ohio State winning), or Cincinnati. So my preferred seeing would have kept one of the actual final four teams out of that round. Georgia would have handled Cincinnati much as Alabama did in reality, the different style of Ohio State would have made an interesting game. Still, int he playoffs, the SEC usually beats the Big Ten, so in either case, Georgia makes it to the final four.

Oh, the other team, assuming the NFL-style seeding? The winner of Baylor-Ohio State against Utah-Notre Dame. That would have been a good game.

In either case, you would have had Alabama, Michigan, and Georgia as three of the four remaining teams. In one seeing, Cincinnati would have been the fourth team, as it was in reality, but in the other seeding, you would have one of four very good teams: Baylor, Ohio State, Utah, or Notre Dame.

In the top seeding, you would have what you ended up with. And if the outcome of those games didn't change, you'd still have Alabama vs Georgia.

In the other seeding, you would have Alabama vs Georgia as well, but in a semi-final game. The other game would have been Michigan against Baylor-Ohio State-Utah-Notre Dame. I'm not even going to pick the winner, because it doesn't matter for me to make my point.

However you think that matchup would go, the final game would not have been Alabama vs Georgia. You would still get to see that, but in the semi-finals if my preferred seeding was in place. The championship would have been the winner of that game against a team from the Big Ten, Big 12, or Notre Dame.

The end result would still be a champion from the SEC, as I thing either Alabama or Georgia would win a matchup against any of those (they did beat one already in reality).

If you kept the current seedings, just expanded to 16, you'd have exactly what you ended up with anyway. What you would gain would be the fans of Baylor, Notre Dame, and Ohio State knowing whether or not their teams could have made it.

If you seeded conference champions at the top, you would get a different championship game. You'd get a different final four even. So an expanded playoff may not have changed the result -- it would if they did it right -- but it would have answered some questions, or ehanged things entirely.

I still think it's a good plan.

By DBDukes - January 08, 2022
Email ThisBlogThis!Share to TwitterShare to FacebookShare to Pinterest