NFL streaming, but not to streaming devices 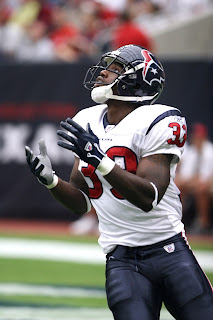 Reports of the new NFL Plus streaming package don't seem to do much for streamers.

The service will allow fans to watch in-market games on mobile devices. It will not be available for Roku, Fire TV, Apple TV, or Android/Google TV.

This is different from NFL Sunday Ticket, as that's for out of market games, and is carried only on DirecTV, the satellite service. Sports Business Journal says he price is cheap, as $5/month.

Live games on mobile phones and tablets will be the content centerpiece of NFL Plus, which will sell for about $5 monthly, though a source cautioned the pricing structure may change. It will likely include other content as well; possibilities include radio, podcasts and miscellaneous team-created content.

The live mobile/tablet games will be limited to what fans could otherwise see in their local TV markets. Until this year, those games were distributed to tablets and laptops via Yahoo and on mobile phones through major carriers, deals that have since expired.

No TV streaming, which to me means that it's not for streamers.

Will this change? Yeah, probably. One day. In the future. Maybe I'll live long enough to see it. Or not. I'm not holding out any hope.

The NFL isn't a part of my Streaming Life, as I don't watch their games, but it is important to a number of sports fans. And more and more of those are streamers. It would be great if the NFL recognized that.

By DBDukes - May 31, 2022
Email ThisBlogThis!Share to TwitterShare to FacebookShare to Pinterest