Starz being sold to Roku? 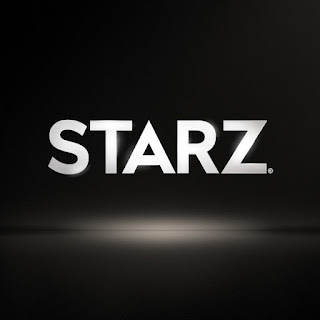 There is speculation that Starz will be sold to Roku this summer. Lionsgate, which owns Starz, announced last year that it was looking to spin off or sell Starz this year.

According to a report in Variety from last November, Lionsgate began shopping he service and looking at spinning it off as a standalone company:

... Lionsgate announced that its board of directors has given the greenlight to its management team to explore spinning off or selling its Starz division. The company Lionsgate spent $4.4 billion to buy Starz in 2016, a move that expanded its television operations, but one that also added to its debt load.

Now comes word that Roku is one of the companies interested in purchasing Starz. Variety reported last week that the streaming platform already has a relationship with Lionsgate and Starz, and that could make it a smooth transition, should the platform purchase the service.

Among the suitors are Roku and Apollo Group, which have teamed on a bid to acquire a minority stake in Starz.

On the earnings call Thursday, CEO Jon Feltheimer said Lionsgate is aiming to announce its plan for Starz by the end of this summer and that the company expects a transaction could close as early as the first quarter of calendar year 2023.

If this happens, I certainly hope that Starz isn't limited to Roku devices or the Roku Channel for a standalone subscription. Rather, it would be good to continue to offer it as it does, plus keep a standalone app, at least for non-Roku devices.

Adding older Starz content to the ad supported Roku Channel would be a boost for Roku Channel, should that happen. And it may make it easier to get Roku Channel on other platforms. While Roku is the largest platform, having a presence on its competitors' platforms would be an increase in ad revenue from Roku Channel.

If the former, this may help with that, if they get some qualified programmers for those languages/platforms. If the latter, this may be leverage in helping get Roku Channel on the missing platforms.

In the end, if your Streaming Life is easier on account of this, then this would be a good thing. While Starz isn't quite the stature of HBO or Showtime, it's a good streaming service and cable channel. I'd like to see it succeed and gain a wider market.

By DBDukes - June 01, 2022
Email ThisBlogThis!Share to TwitterShare to FacebookShare to Pinterest