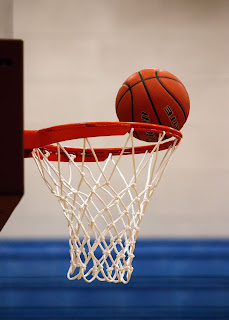 This one snuck up on me. The NBA finals are underway. I knew they were coming, but as I don't watch NBA regularly -- that means "at all" -- I wasn't paying that close attention to it. But, my son loves watching the NBA, and he'll talk about the playoffs from time to time. And he's a great source for reminding me about upcoming major sporting events in sports I don't follow. And that's most sports.

This past couple of weeks, though, a few things interfered with our regular get-togethers and talks. That means he didn't remind me about the NBA finals. Not his fault, of course, but mine. I should follow things closer. Even though I don't follow the sport, a lot do, and streamers that are NBA fans want to watch the finals. And the fact that I haven't posted about it, means I've fallen down on the job.

All the games are on ABC, so it won't be hard to find. But if you're a streamer, what are your options?

If you're looking to include the NBA finals in your Streaming Life, you have plenty of options.

By DBDukes - June 05, 2022
Email ThisBlogThis!Share to TwitterShare to FacebookShare to Pinterest