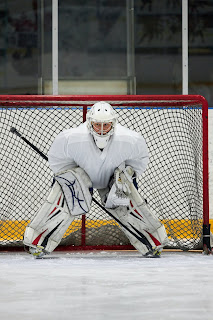 One of the drawbacks of not following some sports closely (or barely at all) is that when a particular sport's big event, or events, happen, they slide right under the radar. That happened to me this week with ice hockey.

The NHL championship, the Stanley Cup, began Wednesday, and I totally missed it. There have been two games played, and Colorado leads Tampa Bay 3 games to none. Game three is tonight and will be broadcast on ABC and ESPN+.

If you're a streamer, you have options to watch the remaining games in the best-of-seven series. Let's start with a streaming only way, then other ways streamers could watch the series.

The Stanley Cup finals are being broadcast on ESPN+. That's a $7/month package that includes lots of sports. To be sure, this is not the same as ESPN. If you have or plan to cut the cord, realize that you cannot get standard ESPN content for $7/month. But, you can get a lot of content, including the NHL championship series.

You have several options at different price points if you want to watch ABC.

Professional ice hockey's biggest event of the year can be part of your Streaming Life without much fuss, or much cost.

By DBDukes - June 20, 2022
Email ThisBlogThis!Share to TwitterShare to FacebookShare to Pinterest