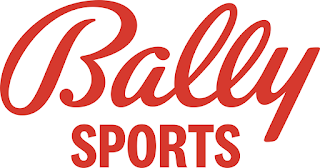 Some sports fans have been excited about the upcoming launch of Bally Sports+ streaming service. For some, that happens today.

Bally announced a while back that it would launch a direct to consumer sports network that would offer content from Bally Sports Networks. No dates had been given, with "summer" or "fall" thrown around as launch targets. Until this week.

Earlier in the week, Bally Sports announced that Bally Sports+ would launch in five markets on June 23. Well, according to my calendar, that's today. However, according to my map, I'm not in Detroit, Kansas City, Miami, Milwaukee, or Tampa, so I won't get it. At least, not today.

According to Sports Business Journal, it will be about three months before the full launch of the service.

Pay-TV subscribers already have access to streamed games through Sinclair's TV Everywhere apps that are treated as add-ons to pay-TV subscriptions.

Sinclair's executives expect their relationships with subscribers will change once they actually start paying for the streaming service.

"TV Everywhere wasn't a focus," Ripley said. "We didn't make a lot of money off that. Our whole mentality is going to change and say, when the user comes, what does he or she do first? Where do they go? Are they interacting with our gamification features?

"We're talking a three-month ramp from soft to full launch. But we thought it was a smart idea to get some reps under our belt before we go wider."

The service will cost $20/month or $190/year (over 20% discount). If you're in one of the five early launch cities, you will have the first look at the service. For the rest of us, we'll have to wait before we can test drive the service and determine if it's something we want in our Streaming Life.

By DBDukes - June 23, 2022
Email ThisBlogThis!Share to TwitterShare to FacebookShare to Pinterest