What was three channels is much more now 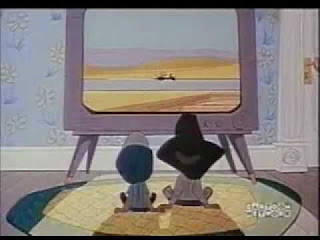 When I was younger, we got three TV channels. Actually, two. Or five. Or six. Let me explain.

The nearest TV stations were in Savannah, and way back when I first started watching TV, we were able to pick up two stations out of Savannah. WTOC Channel 11 was the CBS station, and WSAV TV 3 was the NBC affiliate. What about ABC? Well, WSAV also carried ABC programming, but they went with the NBC programming most of the time. Sometimes, they did carry the ABC show, such as The Avengers or The Time Tunnel, instead of the NBC show, but most of the time, NBC programming was offered live, with ABC shows broadcast on a tape delay basis.

So, two stations. But there were three if you counted the PBS station. We didn't.

Oh, there were also WUSN, now WCBD, Channel 2, in Charleston, South Carolina. When the weather was right, at night, we could pick that up.

So, depending on how you counted, we didn't get a lot of channels. We got one or more CBS, one or more NBC, and one or more ABC. So I'm going to say three, counting just the different networks. And that was it.

Many people today have no idea what that was like. To us, it was just how it was. And I kept that mindset, to a huge degree, after I dropped cable. I did put up an antenna, and hoped to pick up the ABC, CBS, CW, Fox, and NBC stations. So five.

I get a lot more. I get five times that. There are 25 reliable stations I can pick up. Actually more, but there is some duplication on some, so I'm counting 25 unique networks of content I can pick up free over the air. All out of Savannah. I point the antenna that way, and don't turn it to Jacksonville. Could I pick up Jacksonville stations? I don't know, but I'm not going to try to find out. I'm happy with 25 different networks.

Oh, and I live over 40 miles from the nearest stations. So, if I lived closer to the stations, I would likely pick up more. I can get other stations with different content, but the signal is weak, so I don't even bother. Like I said, 25 is good.

A lot of people get more. Some get a lot more. Maybe you can get more. If you put up an antenna, you may find that you can watch enough live TV to suit your tastes, time, and budget. And while I don't watch over the air TV exclusively, I do know some people that do. They don't stream, they just watch free over the air TV.

I stream, of course. And together with over the air TV and streaming content, I have a pretty good selectin of content. My Streaming Life is good. A TV antenna may make yours better too.

By DBDukes - May 09, 2022
Email ThisBlogThis!Share to TwitterShare to FacebookShare to Pinterest