Never read the comments, or trolling the trolls 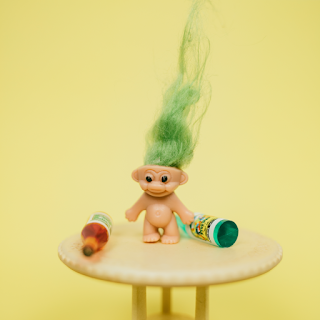 The old adage in online blogging and social media is "never read the comments." That's because that's where the trolls and jackasses hang out. Not everyone there, to be sure, but it sure attracts them.

I don't have that problem. I do get the occasional spam comment, but the overall commenting process here doesn't lend itself to trolls. I mean, sure, some can drop by and be total jerks, but that really doesn't happen. I require authentication to comment, meaning a commenter must have a Google account, or some other authentication measure that Google accepts in order to comment.

Why does that make a difference?

Well, most trolls are, quite simply, chickenshit. Most of them will do their work anonymously. They don't want to man up and own their comments, and any consequences of it. They're pussies. They have no backbone and they don't man up because they can't. Usually, they're bullies who kick the dog and berate the family. They're worthless pieces of trash and the only thing they can do to build themselves up is to take to their fantasy world online and troll others.

Think a bunch of pre-teens giggling because they said something really "clever" and defied authority. Only most pre-teens aren't like that. Some are, sure, but only some are like that, of of those, only a few of them every remain like that. Most grow out of it and become useful members of society. Not these trolls. They're worthless and the world would be a better place if they just went away to a deserted island and lived alone, totally away from society.

What brought this on? Actually, the Roku Blog. No, I didn't see a bunch of trolls there. I just noticed that they no longer accept comments. I don't usually comment on the Roku Blog, but just happened to notice that nobody can. And I'm really thinking this is a new thing, or relatively new thing, as I thought I had commented before. Maybe it was on their Facebook page instead.

Whether that's a recent thing, or something they've done all along, I certainly understand why they wouldn't have comments. People are jerks. I mean, just look at what I've written, and I'm one of the good guys.

Maybe I should not have comments here. Maybe. But I leave them on in case you have something you'd like to say. And, as long as you're not being a troll, it'll say up. Heck, I may even leave some people's troll comments up, just to show people what kind of a troll that someone is. Even trolls may have a question buried somewhere in the vile they are spewing. And if that leads to someone improving their Streaming Life, then it's a good thing. The improvement, not the trolls. Trolls are useless.

By DBDukes - May 28, 2022
Email ThisBlogThis!Share to TwitterShare to FacebookShare to Pinterest