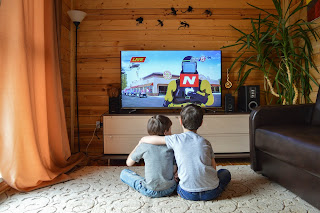 If I had to pick one live streaming service, what would I pick?

That's a trick question. Because I don't have a live streaming service. That means my favorite is none.

In December, I'm more likely to be in a situation where the TV is on and Hallmark Christmas movies are playing. But not so much in July. Plus, I watch college football, so my TV viewing during the fall and winter months isn't the same as in spring and summer.

The point is that I don't watch TV the same year-round. And, as a result, I don't need the same TV setup year-round.

By DBDukes - May 03, 2022
Email ThisBlogThis!Share to TwitterShare to FacebookShare to Pinterest