Time for a new TV 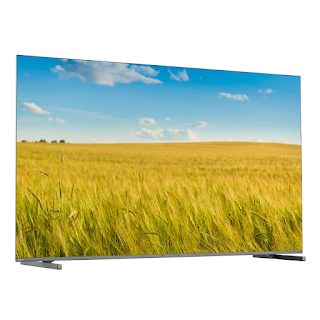 I admit I was fascinated by the prospect of watching TV without cable when my son showed me how he was watching content back in, when was it? 2008? Around that time. Anyway, I was fascinated and wondered if it was the way to go.

He didn't really have a choice. He had moved to a new residence, and cable wasn't a priority. He had internet service, however, and either knew or found out he could use a device to stream (Xbox, I think). And liked it, so he stayed with it.

I've actually been researching for a while, ever since this behavior started. And it wasn't doing it more than a couple of times a week. Now that it's up to a couple of times a day, I decided to get really serious about my research. And I think I've come to a conclusion.

My son has an LG TV, and it has worked well for him. One of my sisters really likes her Samsung TVs. But several years ago, I bought a Sony TV for one residence, and that TV has been rock solid. Great picture, very reliable. It's a good TV. Check that. It's a great TV. So, despite the good results from my son and my sister, I'm going to get a new Sony TV.

Consumer Reports gives it a rating of 84 and a "Recommended" rating. And one nearby retailer has that very model for $500 off. So, yeah, I've decided on the device I want.

I've made the purchase already, and it will be delivered in the next couple of days. I should be a happy TV watcher very soon. I'm not happy about spending the money, because Sony is an expensive brand. But, I'll spend the money where necessary. I'll save money where I can. And I'll be back to enjoying my Streaming Life in short order.

By DBDukes - May 26, 2022
Email ThisBlogThis!Share to TwitterShare to FacebookShare to Pinterest