Watching everything, but cheaper 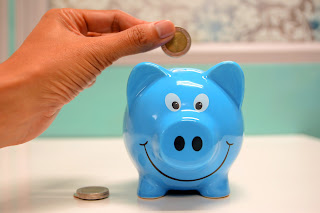 For some time I've been promoting the idea of hopping around with streaming services in order to save money.

Many "news" stories have taken the approach over the past couple of years saying that in order to watch everything you want, streaming is actually more expensive. And the data they give is quite compelling.

I recently ran down a list of 11 top subscription services:

That totals to about $95/month. But I watch those services for around $10-15/month. How? I don't subscribe to all services every month. This month, for instance, Starz is ending. I'll pick it back up later this year, or early next year, whenever it has something that's of interest to me or family members. I'm subscribing to AMC+ and will catch up on Better Call Saul, then drop it for a period of time. Netflix may follow, or HBO Max. Perhaps Disney+ will have something. Or maybe Hulu will have a bunch of episodes built up and I can binge them.

I'll figure something out, but I won't subscribe to them all. Or to more than one. (There is a caveat I'll go over in a little bit.) Maybe two cheap ones.

And I'm not the only one suggesting this method of doing things. Ryan Downey over at The Streaming Advisor suggests something similar.

The thing that’s great about streaming is that there are no contracts. Maybe you took a step back and realized that maybe you were not actually watching a lot of your services very much. But when you thought about what you enjoy you realized you wish you had been. Are there tons of shows you meant to watch on HBO Max that you never got around to? Have you been meaning to catch up on The Handmaids Tale? Pick a month get one major service at a time and jump in eyes wide open and fully embrace the content of one thing. When you wrap up the month do the same with something else. That way you really enjoy what is out there fully and spend $10.00 on one service instead of 45 on six. Any service with at least a couple of series you enjoy probably has 80 hours of entertainment whether it’s Paramount with all the Star Trek stuff, Netflix with the Comedy specials and original series, and so on. But a deep dive will give you an appreciation for what you are spending on.

He has a few other tips and suggestions, and they can save you some change -- or some big bucks -- if you modify your streaming habits just a bit. Yes, it's work. But you're getting paid for it with the money you save. It's a way I keep the costs down in my Streaming Life, and a way you can as well.

By DBDukes - May 24, 2022
Email ThisBlogThis!Share to TwitterShare to FacebookShare to Pinterest