Olympics viewership down 42%, except for streaming 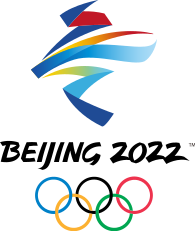 The Beijing Olympics ended with horrible ratings. But not for streaming viewership. While overall rating for the Olympics were a huge disappointment for NBCU, the streaming audience grew. And that's a good thing for streamers like you and me.

According to the Hollywood Reporter, the Winter Games were down 42% from the previous Winter Games, and down from last year's Summer Games.

The topline figure is that the Olympics averaged 11.4 million viewers across all of NBCU’s platforms in primetime. That’s down 42 percent from the 19.8 million average for the 2018 winter games in Pyeongchang, South Korea — in keeping with the trend both from the first few days of the games (and, in fact, closing the gap with four years ago a little bit) and the general decline of broadcast network ratings in the past four years.

NBCU’s coverage from Beijing is also down about 26 percent from the 2021 Summer Olympics in Tokyo, which averaged 15.5 million primetime viewers in the company’s “Total Audience Delivery” metric (a combination of Nielsen ratings for TV and Adobe Analytics figures for digital platforms). That too is on par with the declines from last summer from the opening week of the winter games.

Not all of the news was horrible, however. In fact, the streaming news was pretty good. Streaming viewership was up.

... the streaming audience for Beijing was either the largest or second largest for any Olympics to date, depending on the measurement. Streaming on Peacock, NBCOlympics.com, the NBC Sports app had an average primetime viewership of 516,000 viewers, up 8 percent from the summer and an all-time high for any Olympics in the streaming era. Streaming made up about 4.5 percent of the total primetime audience for the games.

U.S. viewers watched 4.3 billion minutes of Olympic coverage over 18 days on the NBCU outlets and social media platforms, the most for any winter games and behind only the 5.6 billion minutes for Tokyo last year. Steaming minutes improved by 78 percent over the 2018 Winter Olympics, and NBCU said Peacock had its “best 18-day stretch of usage” in the 19 months since its national launch. Peacock streamed every event live from Beijing.

With an overall decline in viewership, the fact that streaming was up offers good news for those of us that use that method of watching TV. The streaming audience is growing, even when viewership for the event being watched is dropping.

Maybe this will help push the networks into thinking about streaming and look to offer more for streamers. NBCU did a good job of offering coverage to streamers, with every event available on Peacock TV.

While ABC, CBS, and Fox may be smiling at the low ratings for NBC during the Olympics, they need to learn from this as well. They need to understand that streaming viewership is increasing, and they need to offer more for streamers. If they do, my Streaming Life will be better. And so will yours.

By DBDukes - February 23, 2022
Email ThisBlogThis!Share to TwitterShare to FacebookShare to Pinterest