In bed with Roku 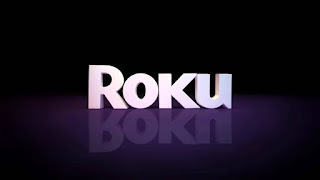 When new devices came out, I did try them out. I was able to get a new device every so often, and I did. Some people I knew liked one thing or another thing, and I tried them out to see what I thought. I gave away all my early Fire TV devices. I gave away early Chromecasts, but as gifts, not to get rid of them like I did with the Amazon devices.

I've used other devices for periods of time so I could give them a good test drive. But, at the end, I always went back to Roku. Now, let's suddenly switch gears.

When I was in the Army, I learned quickly that if I didn't take advantage of situations where I could grab some sleep while deployed, I might not get another change for a day or two. So I learned to sleep in noisy environments. Imagine sleeping on a bag of tent poles while riding in the back of a duece-and-a-half (2½ ton truck) on a path without roads. I can do that. I know that because I have.

Having learned to sleep in noisy conditions actually made it difficult to sleep in quiet conditions. So, when Roku introduced a feature a few years ago, I decided to try it out. It was easy, because it was the default setting for the new feature. They call it Bandwidth Saver.

For me, it was a way I could have the TV playing when I went to sleep, and it would turn off after a period of time. Well, the TV wouldn't turn off, but the Roku would stop playing and return to the home screen. The screen saver would kick in, and if it was the black screen, it would be almost as if being off. So, for me, it allowed me to fall asleep easier and not worry about streaming all night.

And why is streaming all night an issue? Well, I have data caps. Streaming when I'm not actually watching is a waste of my data. If I waste enough, I'm paying overage fees. I don't like paying extra, particularly for something I'm not getting benefit.

So, at night, I'm in bed with Roku, while it plays something from my Plex server, or something streaming online. The Bandwidth Saver keeps my bandwidth under control when I'm streaming at night. It's like a timer, and while that's not exactly why Roku added the feature, it works for me, and makes my Streaming Life better.

By DBDukes - February 15, 2022
Email ThisBlogThis!Share to TwitterShare to FacebookShare to Pinterest