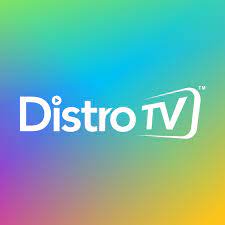 There are the big boys of free ad-supported live streaming, such as Pluto TV, Xumo, Tubi, The Roku Channel, Stirr, Sling TV Free, Plex, Peacock, and the like.

You've probably heard of most of those, and have probably watched at least some of them. They're really all worth a look. Some of them have really easy to use interfaces, and some are not quite as user friendly. All of those are pretty good insofar as free live streaming is concerned.

These aren't the only live streaming services, though. I recently ran across one called Distro TV. They've been around since 2019, but only recently came across my radar. One major difference between Distro TV and the others listed, is that Distro TV is independent of the major networks and studios. Pluto TV is owned by Paramount. Xumo and Peacock are owned by Comcast. Fox owns Tubi. Stirr is owned by Sinclair. Sling TV is owned by Dish Network. And so on. Distro TV calls itself "the largest, independent, free, ad-supported streaming television service." And they very well may be.

I'm not their primary target audience, though. It appears as though they are targeting people younger than me. Much younger. That happens more and more as time goes on. If you haven't that out yet, you will.

The number of live streaming channels is under 200, but not much under 200. I counted 187, plus nine music channels. That is nearly three times the number available from Sling TV Free, but Sling TV's free offerings are more of a "best of" listing. That's not to say that Distro TV doesn't have some gems that aren't available there. They do have some content you won't find on Pluto TV or Sling TV Free.

The problem I have with Distro TV, and yes, I do have a problem with it, is that the app doesn't work well. On Roku, the live guide freezes. I've not found an issue with the other menus, but the grid guide doesn't work well. The only way to fix the freeze is to exit the app and re-enter.

On Fire TV, the grid will not freeze, but the scrolling up will stop at times. It's as if the top limit moves down every so often. The only way to get back to it is to exit the app and re-enter.

The performance on Chromecast is worst of all. It's not available. The Website shows Android TV as a supported platform, but Google's own Android/Google TV device isn't supported.

There's a lot of potential in Distro TV, but they aren't there yet. They need to fix the apps above all else. I suspect they are focusing on getting additional content, which would be good, but I hope they set aside some work for the app. It needs it.

For now, this won't be a part of my Streaming Life. But, if the app gets fixed, I'll give it another look

By DBDukes - February 24, 2022
Email ThisBlogThis!Share to TwitterShare to FacebookShare to Pinterest