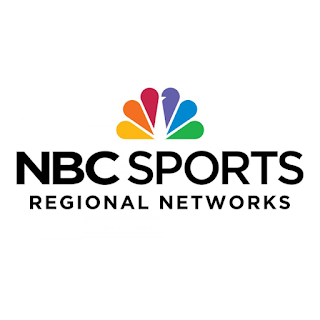 I bring this up because NBC Regional Sports Networks, specifically Bay Area, California, Chicago, Washington, Boston, New York, and Philadelphia, are only available on DirecTV. Well, most of them. NBC Sports Philadelphia isn't available, but the others are, both satellite and streaming (DirecTV Stream).

The DirecTV Stream package that includes the RSNs is $90 and up. That may be a good deal, depending on what you've been paying for cable, but it's a bit more than I want to pay. Since I don't live in one of the areas served by NBC RSNs, it's not an issue for me. But for people that do live there, it matters.

This is where a recent announcement from NBC comes into play. NBC intended to announce that Valari Dobson Staab had a new position with the company, according to The Hollywood Reporter.

NBCUniversal has tapped Valari Dobson Staab to be chairman of NBCUniversal Local, a division that includes the NBC owned-and-operated local stations, the Telemundo-owned stations, and the NBC regional sports networks.

After an initial flurry of reports that NBC was launching a direct to consumer (DTC) service for RSNs, those hopes were tempered when NBC issued a clarification, according to Forbes.

However, management tried to walk back the DTC news. In a statement released the following day, a spokesperson for NBCUniversal said,  “In a personnel-related announcement issued by NBCUniversal Local on Jan. 31, a reference to the NBC Regional Networks’ direct-to-consumer (DTC) plans was inadvertently included and was misleading,” the spokesperson said.

“At this stage in the process, our DTC strategy is evolving as we assess options in each of the unique sports markets we serve. At this time, we don’t have any further details about launch plans including timing or markets. More information will be announced when available,” said the NBCU spokesperson.

So it sounds like they said released information that wasn't cleared for release regarding RSNs. That doesn't mean they aren't going to. Most outlets think they probably will. However, I think they aren't ready to announce anything because they haven't come up with enough of a plan to be able to answer the inevitable questions. Now the questions will be coming anyway.

I like the idea of NBC Sports launching a direct to consumer sports service. I wish ESPN (Disney) would do that. Sinclair, who owns Bally RSNs, will be doing it ... sometime. If they do, that will be mean better streaming options for consumers. If I want an RSN package, I can get it. If I don't, I won't.

The plan, whatever Sinclair/Bally, ESPN/Disney (if...), or NBC devise, won't be perfect. Nothing ever is. But it will at least be an option, which we don't have today. More options in my Streaming Life is what I want. I just wish it was sooner rather than later.

By DBDukes - February 04, 2022
Email ThisBlogThis!Share to TwitterShare to FacebookShare to Pinterest