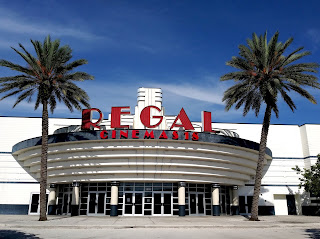 Why do we stream TV? To watch TV, of course.

Of course, there are other ways to watch TV, including cable and satellite, but we stream. And streaming is just another source for TV.

There was a question about movies one had seen ten times. So, I thought about it and came up with several.

Now, there are two ways to consider this. Watching the movie in a theater, as the movie makers intended, narrows the list quite a bit. Watching movies on TV opens the list up.

So, let me start with movies I've seen in theaters ten time. I can think of one and only one: Star Wars.

I loved that film, and went back to the theater over and over to watch it. I think I saw it 13 times, if memory serves.

Opening the list up to watching movies on TV, it grows.

Maybe there are more. Probably. But these are the ones that come to mind. And I don't want to hear it regarding The Angry Red Planet. Yes, it's a stupid silly bad science fiction film with a stupid plot and some stupid characters and some bad acting. Okay, the bad acting is a little harsh. It's not that bad. Some is good. But, considering the type of movie it is, it can't have great acting.

The other movies on the list? Yeah, those seem about right. They are some of my favorites, of course. And they're all great films. I'm talking about the others, remember? Not that silly sci-fi movie with the bat-crab-spider thing in it.

The next movie I watch? Maybe one of those on the list. Maybe something else. I got lots of options. My Streaming Life is good.

By DBDukes - July 12, 2021
Email ThisBlogThis!Share to TwitterShare to FacebookShare to Pinterest