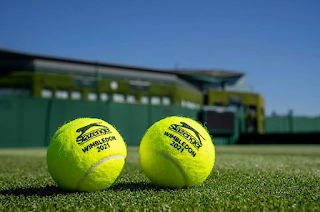 You just need a live streaming service that carries ESPN and ESPN2. Or, you can save money and just subscribe to ESPN+ and watch it that way, according to the ESPN Website.

The entire tournament will be broadcast on the ESPN family of networks, as well as on ESPN+ and the ESPN App.

Normally, ESPN+ is a supplement to ESPN and ESPN2. But, for Wimbledon, it seems that ESPN+ is actually carrying the matches, according to that article.

This is actually a big deal, or so it seems to me. Wimbledon is a major sporting event, so I'm not surprised about the amount of coverage ESPN is doing. What surprises me is that ESPN+ is actually carrying the matches. You don't need the main ESPN service. At least, that's how I'm reading the article.

If ESPN were to offer a standalone service, that would be a big deal. This is a step in that direction.

A lot of people were thinking ESPN+ was  going to be a standalone service. And, yes, it is, but it's not carrying the big stuff, rather the supporting content. Until now. Wimbledon is a big deal.

I hope this is an indication that ESPN is looking to offer a standalone service. If they do, our Streaming Life will get so much easier.

By DBDukes - July 01, 2021
Email ThisBlogThis!Share to TwitterShare to FacebookShare to Pinterest