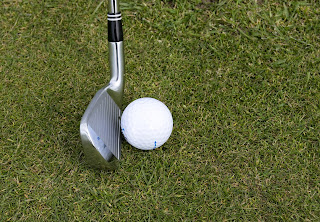 One of the hardest achievements in sports to accomplish is the golf Grand Slam. That's when a golfer wins the four major tournaments in a year. It's only been done once. Or twice. Depending on what you mean by "in a year."

Bobby Jones achieved a Grand Slam in 1930, winning the British Open and Amateur, and the U.S. Open and Amateur titles. Nowadays, the Grand Slam is the Masters Tournament, the PGA Championship, the U.S. Open, and the British Open (traditionalists call it "the Open"). Tiger Woods held all four titles at the same time, but that was across two calendar years, 2000 and 2001. So, maybe that's a Grand Slam, maybe it's not.

It won't happen this year, because of the three majors so far this year, three different golfers have won. So, when the British Open is done, there could be four major title holders this year. And that's pretty much normal.

Still, the British Open is a big deal in golf. And it started today. If you're a golf fan and a streamer, how do you watch it? Easy. Peacock TV. Some action will be on the Gold Channel, and some will be on NBC this weekend, but everything -- just about -- will be on Peacock TV.

If you want to see the schedule of what will be carried where and when, go to the Peacock TV Webpage for the tournament.

It's nice that more and more major sports events are available streaming. That makes the Streaming Life of every sports fan more enjoyable.

By DBDukes - July 15, 2021
Email ThisBlogThis!Share to TwitterShare to FacebookShare to Pinterest