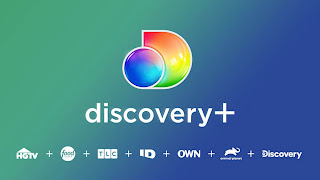 One of the most popular streaming services is Discovery+ (Discovery Plus). At last count, the service had over 15-million subscribers. Keep in mind that it launched in the U.S. in January.

Those are some pretty good networks, to my way of thinking. Many of those are the content I like. Well, I'm personally not a fan of Oprah Winfrey or Lifetime, and really don't care for Food Network or HGTV. And History has gone to hell in a handbasket when they quit with history and started carrying pawn shops and space aliens programming. Still, Discovery, ID, TLC, and Science have lots of shows that are of interest to me.

So, is Discovery+ the best way to watch those channels? Maybe. Or...

What about Philo? It carries most of those channels (Magnolia Network and the Dodo are not part of its programming) plus 49 more:

Philo is $25/month. Yes, that's quite a bit more, but here are some reasons you might opt for Philo rather than Discovery+:

Well, to start with, the extra 49 channels. That's enough to make it worth the extra money. Well, maybe, if those are channels you like. And some of them are indeed some that I like.

Another plus is the live streaming functionality. Philo is a cable replacement service, and you are able to switch to a channel, just like on cable. And, like Discovery+, you can stream some content on demand.

Which do I use? Well, I've tried both. I use neither. I can get a lot of similar content on Pluto TV.

But, let's limit the answer to Discover+ or Philo. So, Discovery+ or Philo?

Heck, at the price Discovery+ is, you could carry it for a month if you did a trial of Philo, or even was a full Philo subscriber for a month. Then, you could make up you mind.

Whichever you choose, you'll find the service a welcome addition to your Streaming Life.

By DBDukes - July 17, 2021
Email ThisBlogThis!Share to TwitterShare to FacebookShare to Pinterest