Casting and mirroring from Android phones 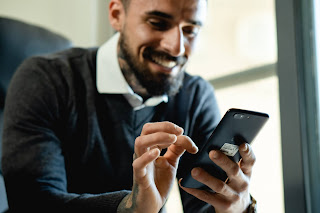 Although I'm an iPhone user, I do have experience with Android phones. One of the things I like about iPhones is that they all work the same. That is, if you know how to use one, you can use the other the same way. Unless the iPhone is really old, they can all run the same operating system.

Android phones, on the other hand, don't always support the same OS. One family member that uses a new Android phone is running Android 11. Another Android phone by a family member only updates to Android 10. That phone isn't new, but it's not that old either. And, I have a test Android. It's a good one, not a cheap one.

Another thing I don't like about Android phones is that the settings and commands aren't consistent across different manufacturers. And one big example of this is the different ways different Android phones refer to screen mirroring. The terms include:

Part of the problem is actually one of the strengths of Android phones: the ability for different manufacturers to add features. The consistency of iPhones also means that they all have the same features. With Android, a manufacture can develop a new feature and add it. If it goes well, it can be incorporated into Android and become a standard. However, even when standards happen, the varied names still happen. It helps inspire innovation, but can cause confusion.

The other thing is, as an iPhone user, I'm in the minority. While iPhone brand is one of the top sellers, the wide variety of brands that run Android means that Android is actually the largest mobile platform.

So, how does the largest mobile platform work with the largest streaming platform, Roku? Not as well as you'd think. Yes, Roku supports mirroring and casting from Android phones. The problem is that not all Android phones support it, and some that do, don't do it well.

Roku dedicates a page to mirroring and casting from Android. Even then, that's not enough. Consider this:

If you cannot easily determine the term for your device or you are not certain your device supports screen mirroring, refer to the manufacturer's website or contact them directly. You may also want to try an internet search using the phrase “screen mirroring” along with the brand and model of your device.

That means you will need to contact your phone manufacturer about it, if you have trouble. Of course, you can get help from other Roku users at the Roku Community Forum.

So, what's my advice on how to handle mirroring or casting from Android to Roku if you run into problems? Simple. Use Chromecast.

As big of a Roku fan and supporter I am, I keep a Chromecast connected to my main TVs in the event I want to cast or mirror. If Roku shows up as a device to connect, great. But sometimes, Roku doesn't show. But for me (I have a test Android, remember), Chromecast always shows up.

I'm not suggesting you switch to Chromecast and drop Roku. Roku is still my streaming platform of choice. But if you use Android, and if you want to mirror or cast, you may want to look at adding a Chromecast to the mix. I suggest the Chromecast with Google TV rather than the older Chromecast.

I understand if you don't want to spend the money. But, as I do own a Chromecast, if I run into issue mirroring or casting to Roku, I'm not going to spend a lot of time and effort trying to resolve that issue. I'll just use the Chromecast. It makes my Streaming Life so much easier.

By DBDukes - July 27, 2021
Email ThisBlogThis!Share to TwitterShare to FacebookShare to Pinterest