Figuring the cost of cutting the cord 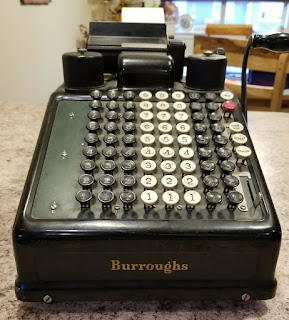 Here's a little bit of math that many people forget. If you have an equation, and the same value appears on each side of the equation, you can remove that value and the equation still holds. Here's an example in the form of a math problem.

What is the difference in weight between the content of the two rooms?

Both ways get you the same answer. The first means you have to add up all the different numbers. The other way takes the parts out that are the same on both sides, leaving only a few things to add up and compare.

And that's how to figure our the cost or benefit of cord cutting. Here's how it worked for me.

Before I cut the cord, I had TV and Internet service. After I cut the cord, I had only Internet service. Here's the complication: most cable companies offer discounts by having two services, and if you drop one, you lose the discount. Think of that like the blue boxes: the totals from before and after are different, just like the total of the blue boxes in the two rooms are different.

I bring this up because I've seen many Website and YouTube videos talking about how to calculate the cost of cord cutting. They'll include Netlfix or Amazon in the calculations, which is only valid if you weren't already a subscriber. If you don't do Netflix, but then cut the cord and subscribe, then yes, count it. If you were a subscriber already, don't count it. Or, if you do count it, count it as part of your current costs, too.

Those Websites and YouTubers don't always have you do that. They'll act like you've picked up an expense you already had. If you had a service before you cut the cord, and have the same service after you cut the cord, you can leave it out. If you don't, you have to include in both the before and after.

If saving money is the reason, or even a reason, that you're cutting the cord, it's good to get an accurate total of the amount of money you save, or that it costs you.

Totaling the expenses before and after can be confusing, but if you do it right, you'll know just how much you save, or what it's costing. It's good to know how much you're saving in your Streaming Life.

By DBDukes - July 21, 2021
Email ThisBlogThis!Share to TwitterShare to FacebookShare to Pinterest