How to stream Yellowstone Season 5 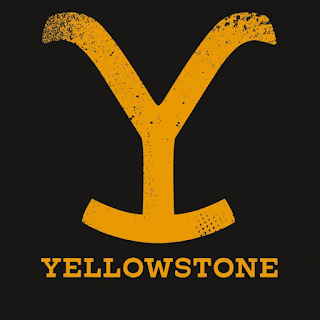 I've never watched Yellowstone. Apparently, I'm missing out on the next big thing. It seems to be a popular show.

Some friends who recently cut cable were asking me how to watch Yellowstone. As I don't watch it, I didn't know what to tell them. But, I told them I would find out.

You see, I didn't want them to jump to the conclusion that you couldn't watch it. Perhaps they couldn't, but I didn't know. I suspected they could.

My research showed that it was a huge hit show for Paramount Network. Okay, that's a TV channel you can find on cable, satellite, and streaming services. But Paramount has its own streaming service, right? Paramount? Well, yes they do, but the show isn't on Paramount Plus.

Turns out that Paramount (the company) has signed an agreement with NBCUniversal some time back for the latter company to carry the show on its service, Peacock TV.

At the time, there was no Paramount Plus. There was CBS All Access, but it wasn't assured of getting content from it's parent, Paramount. And sure enough, Paramount dealt the show away to the new Peacock TV service.

Well, wouldn't you know it, but Yellowstone suddenly took off. Around that time, Paramount decided to rebrand CBS All Access as Paramount Plus and focus on streaming. And the big hit show, Yellowstone, wasn't available.

The earth cooled and time passed.

Now, it's time for Season Five, and Peacock TV has it, right? Nope. That service only has the first four seasons. Right now, the only way to watch Season Five is with Paramount Network. So how do you get that?

Right now, this is it. The cheapest, of course, is Philo. And Philo is a great service, particularly if you don't care about watching talking news heads or sports.

The whole situation is a bit confusing, but you can get Yellowstone in your Streaming Life.

By DBDukes - November 16, 2022
Email ThisBlogThis!Share to TwitterShare to FacebookShare to Pinterest