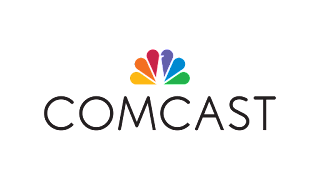 Comcast TV customers will be hit with an increase in costs soon, according to reports. The TV giant is raising the overall cost of cable TV by nearly 4% nationwide. From the reports, it appears the increase won't be uniform, with some places getting hit harder than others.

Additionally, the price increases will impact other lines of business, including Xfinity Internet, although the increase for that isn't clear.

Cable TV appears to be the hardest hit, with the Broadcast Fees going up by various amounts, including over $7 in one market:

Despite the increase for Xfinity Internet customers, the price increases will be hardest on cable TV subscribers.

If you are a cable subscriber, this may be a time to look at cutting cable, or at least cutting back. In particular, it may be time to invest in a TV antenna. Don't rush into something like that, however, as in many places, not just any antenna will do. You'll want to do some research first. I'm just asking you to be prepared to look into that.

Comcast this evening confirmed to The TV Answer Man that the price increase is nationwide. Here is the statement from a Comcast spokesperson who said the average increase in all markets combined will be 3.8 percent.

"TV networks and other video programmers continue to raise their prices, with broadcast television and sports being the biggest drivers of increases in customers’ bills. We’re continuing to work hard to manage these costs for our customers while investing in our broadband network to provide the best, most reliable Internet service in the country and to give our customers more low-cost choices in video and connectivity so they can find a package that fits their lifestyle and budget. Our national average increase of 3.8% is about half of the most recent rate of inflation."

What he's saying is true, so these increases shouldn't really be a surprise. Although I'm not a cable TV subscriber, the price increase will impact me, as I'm an Xfinity Internet customer.

Once again, trying to watch TV, even as part of your Streaming Life, but especially as part of a traditional cable TV setup, will cost you more. Just like almost every aspect of your life for the past two years.

By DBDukes - November 29, 2022
Email ThisBlogThis!Share to TwitterShare to FacebookShare to Pinterest