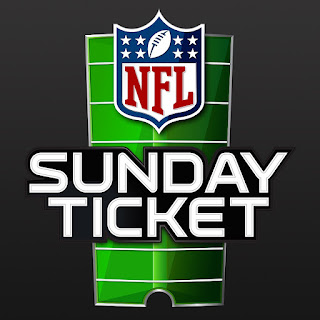 Fans of the NFL who are streamers are sometimes frustrated that they can't get NFL Sunday Ticket with a streaming package.

In fact, some NFL fans won't fully cut the cord because of this. NFL Sunday Ticket is that important to some fans of the league.

In the USA, DirecTV, the satellite service, is the only way to get it. DAZN, a streaming service, has it in Canada, while SKY Mexico, a pay TV service, covers most of the rest of North American. Some other cable services handle the Caribbean and South America. But here in the USA, it's DirecTV.

Do you ever wonder why it's not available on DirecTV Stream? So do others. Recently, TV Answer Man Phillip Swann was asked the question. And he found the answer, though it's not really the answer most are looking for.

Simply put, the contract that DirecTV has with the NFL is only for satellite, and does not authorize streaming. And the NFL won't discuss a streaming option.

The TV Answer Man column does a great job of laying it all out, and I would suggest going there and reading it, if you've wondered why DirecTV carries it, but DirecTV Stream doesn't.

So, if you've been wondering why you can't get NFL Sunday Ticket as part of your Streaming Life, you now know. But, there's hope that could change next year, as the current contract is up soon.

By DBDukes - September 14, 2022
Email ThisBlogThis!Share to TwitterShare to FacebookShare to Pinterest