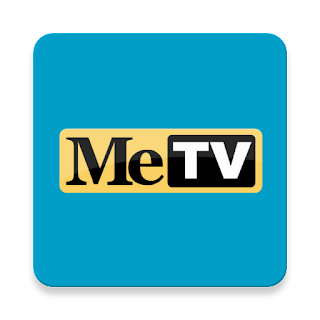 I've been a fan of MeTV for a while. It's family friendly entertainment of classic TV shows from the 50s through the 80s.

If I have to explain what MeTV is, we are definitely of different generations.

Anyway, I saw where some TV stations were dropping MeTV. Tyler the Antenna Man mentioned it in a video the other day, and cited several reasons this is happening. The main reason? Money.

Some stations that are dropping MeTV belong to companies that own their own channels. Maybe not the same thing as MeTV, but still channels the parent company owns, and can get a lot cheaper.

This may be happening even more as time goes on.

So, how do you watch MeTV if your local station drops it? Well, it'll cost you. But not all that much. And, in fact, if you already use one (or both) of the streaming services that carries MeTV, it won't cost you a cent more.

I posted a while back about MeTV being added to the Frndly.TV lineup. So, if you already subscribe to this family friendly $7/month service, you already have another way to watch MeTV. And, if you don't, you can -- again, it's just $7/month.

And there's another way that somehow crept past me. Philo is now carrying MeTV as well. I last looked over the Philo list of channels in July, and MeTV was not there. But it is now. If you want a good, inexpensive live streaming service that carries many popular cable channels (but no sports or news; at least very very little), then Philo is an excellent option. And now it also has MeTV.

Money, the reason for most things happening, is the reason that some stations are dropping MeTV, meaning some of you won't pick it up over the air. But there are inexpensive (but not free) ways to get it.

If local stations have removed MeTV from your channel lineup, you have options to get it back as part of your Streaming Life. And that's good news indeed.

By DBDukes - September 02, 2022
Email ThisBlogThis!Share to TwitterShare to FacebookShare to Pinterest