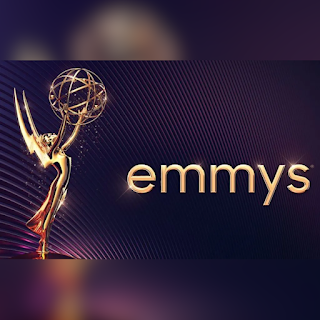 As much a fan of TV as I am, you'd think I'd be watching the Emmy Awards. You'd be thinking wrong.

I cannot remember the last time I watched the Emmys. Probably over 40 years. Why is that?

Well, it's one of those things where if you stop doing something, and you find you don't really miss it, you don't go back to doing it. I watched the Emmys because I was home and it was on. And whatever was on the other channels -- there weren't that may channels back then -- was either a rerun I didn't want to see, or some other show I haven't seen and didn't want to see. I watched the Emmys by default.

I got a job working nights and didn't watch a lot of prime time TV for a few years. And when I stopped working nights, I didn't really pay attention when the Emmys came on, because I really didn't miss them.

However, I may decide to watch them tonight. I looked up the nominees and found that a couple of shows I watch got nominations. I'll be pulling for Better Call Saul and The Marvelous Mrs. Maisel to win in the categories in which they were nominated.

To watch the Emmys, I'll need to be able to watch NBC or Peacock. I can do that. And if you cut the cord, you can too.

Peacock is a standalone streaming service that carries NBCUniversal programming. Peacock Premium is $5/month, but is included with Xfinity Internet plans.

If you want the Emmys in your Streaming Life, you have options.

By DBDukes - September 12, 2022
Email ThisBlogThis!Share to TwitterShare to FacebookShare to Pinterest