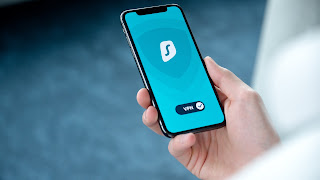 Every now and then, when you start a project, you should have a sanity check along the way. Rethink things. Ask yourself if where you're going is in line with your initial goals. If not, did the goals change? If so, was it for a valid reason? Or did you simply forget the initial goal and veer off course?

With this privacy phone project, I had to do this recently. And I'm not sure just where I'm going to go with this, because it brought home something I had not considered. Well, I had, but I hadn't given it proper consideration. Here's what's going on.

When I set a privacy phone as a goal, it was to reduce being tracked by a big data company. Apple and Google each are able to gather a lot of data on you, and I really don't like that. That was one of the reasons behind my trying out a Pi Hole device on my network; not to block ads, but to reduce tracking on my online activity. Google has a lot of data on me, and I'm just not comfortable with that. They sell it and make money. Remember, if you can use the product for free, it's not actually the product; you are the product.

So, my trying out three different phones with operating systems that focus on privacy and allow you to not be tracked is happening. But I thought I should do a reevaluation of things, and make sure I'm going about it the right way.

Well, I'm not sure about that. You see, the three phones I've been trying are using three different operating systems. And they all have their drawbacks. But there's a fourth phone I'm now evaluating, and it's doing surprisingly well.

The Pine 64 phone is using a mobile Linux (Manjaro) OS. This is the one that's the least likely to be my final choice. I've all but ruled it out.

The Google Pixel 4a is using Lineage OS. That's an open source Android based operating system. It replaced Google Services with another service that anonymized your data when it does have to communicate with Google. There's no way to entirely keep your phone from contacting Google, but the data being anonymized can prevent Google from knowing it's you. Google knows there is activity, but it doesn't know whose activity it is. It has an open source app store that allows apps that don't use Google Services to be loaded. Some actually work quite well. Some, not as well.

The Teracube 2e is using /e/OS, which is a variation of Lineage OS. It acts the same way when it comes to contacting Google. The data is anonymized and Google cannot track you, when it does have to contact Google. It also allows you to install apps from open source app stores, including some of the same that the Lineage OS phone uses. That makes sense, since the OSes are very similar.

Then there's this other phone I have. It has to utilize services from a big company, but can actually be prevented from contacting Google altogether. It's possible to run this phone and never contact Google, and the services work well. When it does reach out to a service that serves the same function, it anonymizes the data, meaning that the service never knows it's you. Yes, it does keep track of where you've been, but that data is never sent to a big data company. It stays on the phone and isn't shared with other devices or services. And it can be deleted at any time.

And, the battery life of this other phone is really good. It's easy to use, but it has one drawback. The app store doesn't carry a lot of open source content. Most of the content in its app store is proprietary. However, some of the open source apps that are available for the /e/OS and Lineage OS devices are also available on this other phone.

On the phones I'm testing, some open source apps are simply not available. For those, I have replace many apps with browser shortcuts where I can. For example, I do not have the Facebook app on any of the four phones I'm testing. Instead, I have a browser shortcut saved to the phone. Launching it launches the mobile version of the Facebook Website, and operates a lot like the app. This works for Twitter, Amazon, Walmart, and for many many other situations. With location services not shared with the browser I'm using for these, it eliminates much of the tracking that goes on with these apps.

So, what is this mysterious fourth phone? Well, it is the phone I'm looking to replace: an iPhone 12 running iOS.

Yep, turns out that the tricks these open source Android phone are using when they have to reach out to Google to keep you anonymous are already being done by Apple. Now, you can choose to share the data with Apple, and they'll accept it gladly. But, you can choose to not share it as well. And that's what I'm doing. I'm also replacing proprietary apps (non-Apple, such as Facebook) that can track activity with the mobile version. The alternative is to not use the services, and of course that is an option. But, if I want to use Facebook, the way I would do it on an open source Android phone can also be done on an iPhone, and is as secure and private.

So, if the phone I'm already using is as secure and private as what I'm trying to go with an open source Android phone, why am I even trying this privacy phone project?

Well, it goes back to Apple dropping support for my MacBook. I'm going to lose a lot of functionality unless I pony up the money to buy a new computer. It would cost me $1,500 to replace it with the current equivalent device. Just to get the new operating system. So I'm looking at replacing macOS in my day-to-day life with GNU/Linux. In fact, I've already loaded Linux on an older MacBook Pro and running it regularly. It's working well so far.

If I drop macOS, I'll lose a lot of the functionality of my iPhone. However, I won't lose everything. And, so far, I've not seen that an open source Android phone will be able to function any better than an iPhone with no Apple computers in the mix. I'm not sure that switching to open source Android will do anything for me.

However, I'm still testing things. Only I'm testing four things, not three: mobile Manjaro Linux, /e/OS, Lineage OS, and iOS. I'll keep testing all four until I weed them out one at a time. Last phone standing will be the winner.